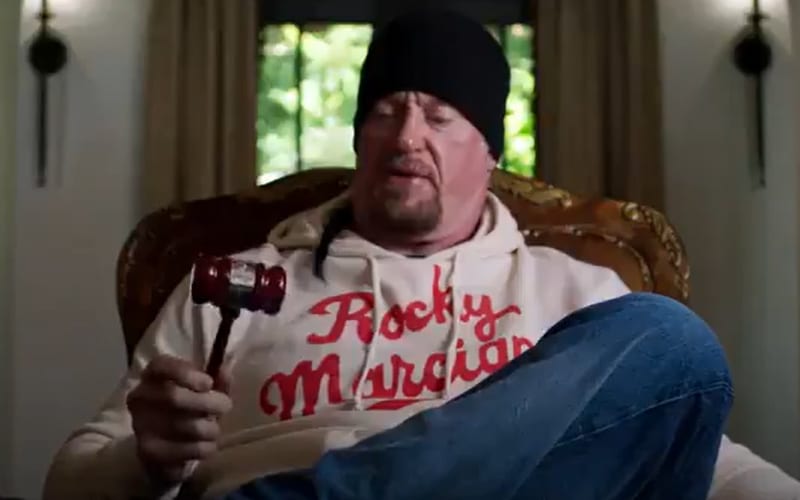 The Undertaker is pulling back the curtain in a big way, and his once protected character is now something he is openly discussing. Other business is also getting a bit of exposure as The Deadman is opening up about once-secretive backstage traditions.

Taker sat as judge of Wrestlers’ Court for years, a “court” operated by wrestlers backstage where the convicted generally had to buy adult beverages for the winning party.

“Wrestler’s court, sometimes it was kinda serious, but it was a light-hearted way, a friendly way to say ‘you gotta check yourself because everybody’s noticing.’ You don’t just get brought to wrestlers’ court because you’re going out there and working your butt off every night, there was a reason to get brought to wrestlers’ court. You know we see it all the time, but we call it gimmick infringement where one guy will do another guy’s move. Guys get hot, more so in the earlier days than they do now, but it used to be if you did somebody’s else’s move there very well could be a scrap if it goes too long. So, you gotta get that in check or it can get out of hand real quick.”

The Undertaker was a locker room leader for years and regarded for his moral fabric. The Deadman is no longer judge over Wrestlers’ Court, and it’s unclear if the practice even exists anymore, but he will never forget those days when he held a gavel and presided over that secret locker room tradition.