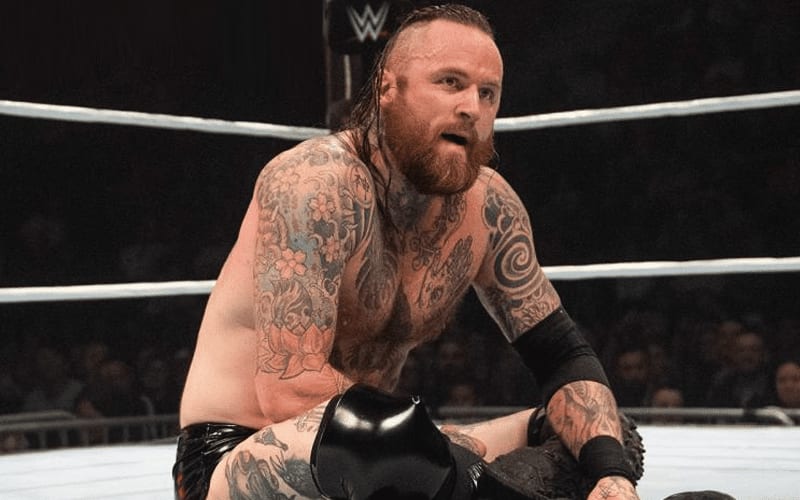 Aleister Black has been given the best treatment in recent memory. His gimmick was altered slightly, and he was given an eyepatch. He feuded with Kevin Owens for a bit, but now we’re waiting to see what’s next.

A report came out last week that Aleister Black requested a move back to NXT, but he was denied. This wasn’t an outright denial of his wishes, but instead he was ignored.

The Wrestling Observer Newsletter noted that “he didn’t directly ask and get turned down, but he did float the idea around and nobody seemed interested when he did so.”

We’ll have to see what’s next for Aleister Black. A lot of fans have questions about him right now, especially after the release of his wife Zelina Vega. It wasn’t a very pretty situation backstage, and you can read about how Vega was escorted out of the building here.