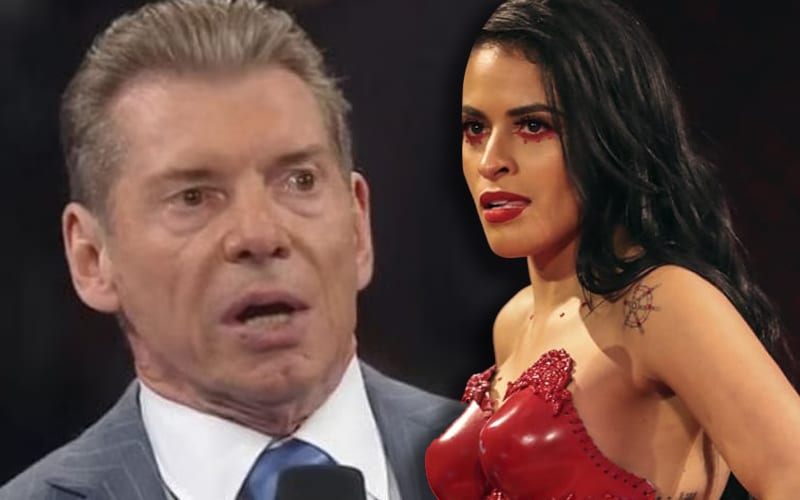 Zelina Vega was released from WWE on Friday the 13th, and that is a day she will certainly never forget. She recently spoke on Twitch saying that the past week has been “literal hell,” and it included an unceremonious exit from the Amway Center.

Vega did not want to leave third party platforms, even though she announced to her Twitch followers that she was leaving. She continued on OnlyFans, and the company decided to release her.

According to the Wrestling Observer Newsletter, Mark Carrano informed Vega of her release backstage before SmackDown. She wanted to speak with Vince McMahon, but she was told that he didn’t want to talk. This was followed by her being escorted out of the building.

According to one person in the company with knowledge of the situation, she was told about it by Mark Carrano, asked to talk to Vince McMahon and Carrano told her that he doesn’t want to talk to you and she was escorted out of the building.

Zelina Vega has spoken with the SAG-AFTRA union since. It was said that they had a very productive meeting. We will have to see what’s next for the entire story of pro wrestlers unionizing, but the 29-year-old Vega will certainly land in another pro wrestling company once her 90-day non-compete clause is over.