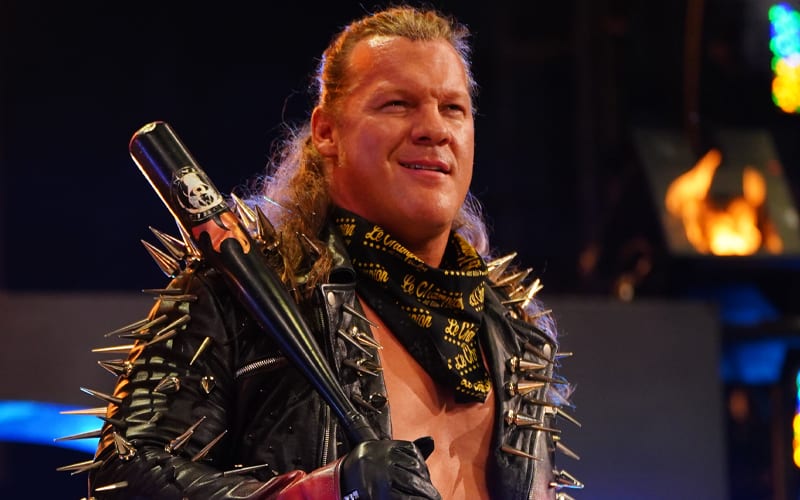 Chris Jericho is very proud of what AEW has been able to do, but nobody’s perfect. Although he loves being a part of the company, as they continue through their second year, some things can still be done to improve the overall direction.

While speaking to Keepin It 100 with Konnan, Chris Jericho was asked about things he would improve in AEW. He said that “everything isn’t always good,” and they do have some things to work on. The idea that there are so many similar angles going on at once is something he called attention to first and foremost.

“Everything isn’t always good. We have a lot of details that sometimes slip through the cracks. We still have quite a few times when very similar angles will happen one after the other. An example of that was a few weeks ago when the big question was if MJF would join The Inner Circle. I think there was a town hall when Bischoff was asking the questions. As soon as we were done, we went to a package where Taz was asking if Hobbs will join Taz’ team. In the production meeting, I said, ‘guys, how can that even be?’  It’s the exact same thing and they didn’t notice that. I said, ‘maybe we should use that package somewhere else and in the future, let’s not use the word join for Will and Taz.’  Let’s say ‘Are you going to come with us? Are you going to work with us? Are you going to be part of our team?’ Will MJF join The Inner Circle was the tagline for our PPV match, therefore any other joinings should be suspended for this duration. That’s just common sense but sometimes those things fall through the cracks. I would like to see a little more attention to detail.”

If AEW continued to use the same verbiage it would eventually lose its meaning. AEW will see some growing pains, but they are learning as they go. It is also incredibly beneficial to have someone like Chris Jericho around to call attention to those little things that sometimes slip through the cracks.