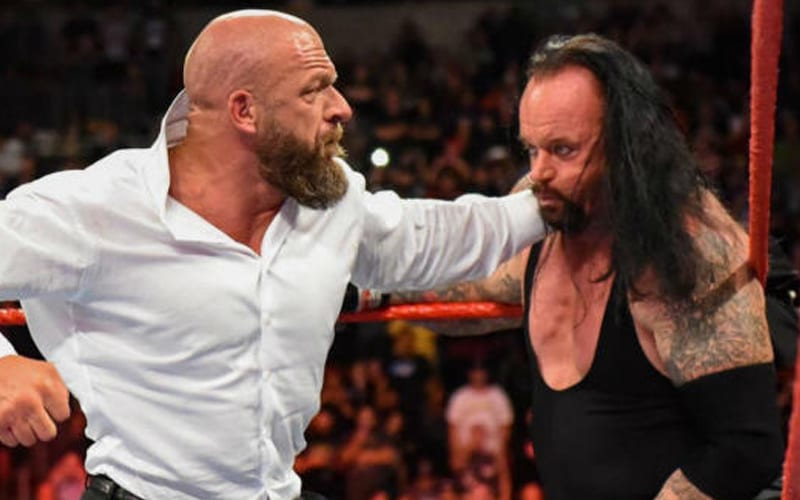 The Undertaker is a legend to millions of pro wrestling fans around the world, but he’s still his mother’s little boy. She is a protector and she isn’t afraid to stand up for her son, even if that means cutting a promo on a pro wrestler backstage.

While speaking to Hot Ones, The Undertaker admitted that his mother yelled at Shane McMahon for hitting him too hard. He then elaborated and said that he simply had to stop letting his mother come to WWE events when they were in town because of how real it was to her.

“My mom scolded a lot of people. It got to the point that I had to quit bringing her to the shows when I went to Houston. She will cuss Triple H to this day. I’m 6’10” 320 pounds, I’m still her baby, right? She thinks she has to help me.”

“It was WrestleMania in Dallas that’s where I wrestled Shane McMahon in Hell in a Cell. So, she was exposed to everyone on TV. I think she cut promos on everyone she didn’t like.”

The Undertaker is able to strike fear in opponents, something he’s been doing for 30 years. His mother has been protecting him for far longer than that, and she wasn’t about to stop just because he became the Deadman.