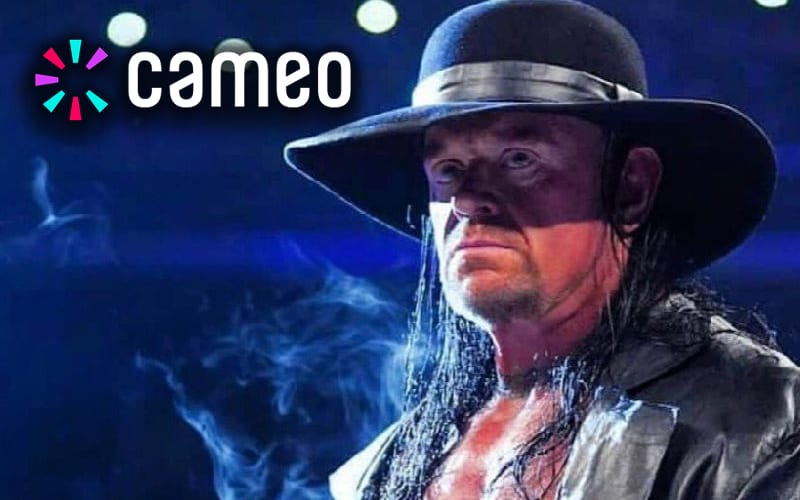 WWE told their Superstars that they must get off third party platforms. Cameo was included in this ban, but that won’t stop The Undertaker. The Deadman is doing only 30 personalized video messages and they don’t come cheap.

Cameo now has The Undertaker listed for videos at $1,000 each. It is clearly noted that he is only doing 30 videos. He will make $30,000, which Cameo will take 25%, and then he is apparently leaving the platform.

The description on his Cameo account notes the special time this is in The Undertaker’s career as he celebrates 30 years in WWE. This is why he is creating 30 personalized Cameo videos.

One of the most iconic Superstars in WWE history, Undertaker made his WWE debut at Survivor Series on November 22, 1990. To commemorate the 30th Anniversary of his debut, The Deadman will create 30 personalized video messages on Sunday November 22.

You can check out The Undertaker’s Cameo account at this link. Cameo videos typically aren’t very long, but let’s hope he puts a little something extra into these 30 videos for $1,000 a pop. The fact that he will record them on the day of Survivor Series is pretty cool.

In case you’re not keeping track at home, The Undertaker is currently charging $100 more than Snoop Dogg for a Cameo video.