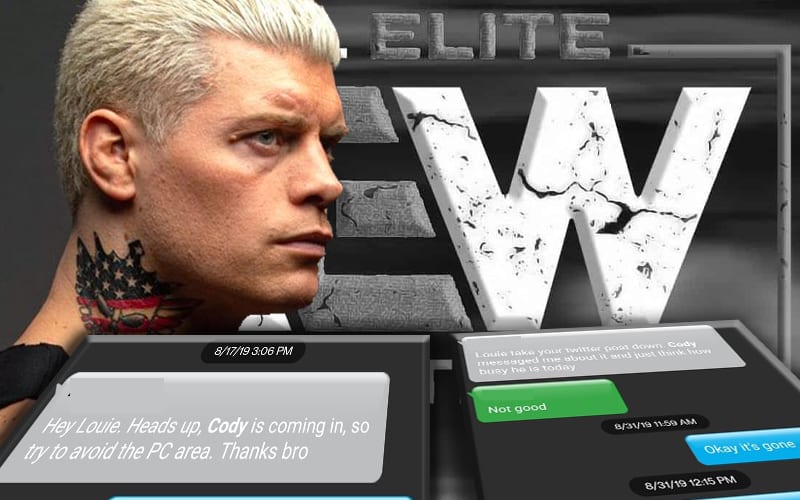 Louie Benson worked with AEW through Comeback Studios, and he was told that Cody Rhodes didn’t want him around. One fan asked him for evidence, and he provided some in the form of text messages.

Benson revealed text messages that documented several instances of being told to leave, allegedly because Cody Rhodes didn’t want him around. In each instance, it seemed as though that Benson understood and was willing to do as he was told.

One of the text messages also provided evidence to his story that Cody did not like a post Benson made about taking a job to work with AEW. This was apparently something that was brought up to Benson’s boss on the day of a pay-per-view.

Louie Benson provided a detailed account of his experience working with AEW. You can read it all here.

In Benson’s account, he stated uncertainty that Cody was ever aware that he was treated in such a way. In fact, he documented two instances where Cody was very friendly with him.

You can read the text communications below.