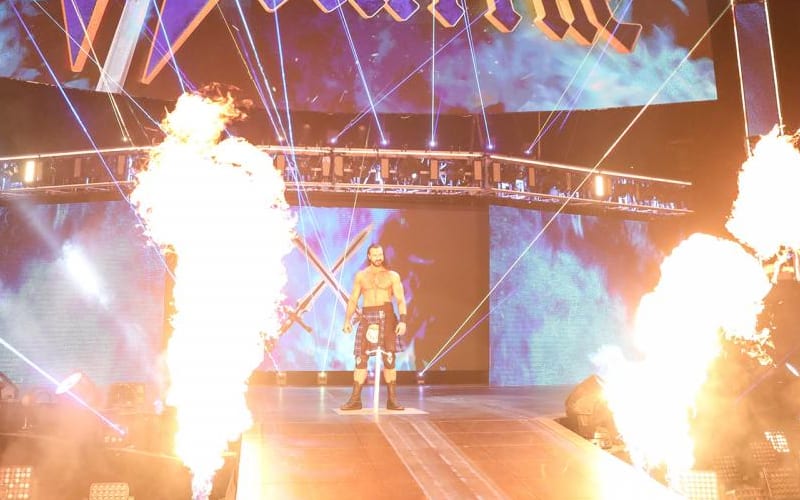 Drew McIntyre made his way to the ring this week on RAW, and it was a very special entrance. He had a blue kilt, and huge sword which he stabbed into the ramp to cause a huge pyro display. It’s uncertain if that epic entrance is going to stick around, but McIntyre can likely use that sword for as long as he likes.

While speaking to Fox Sports, Drew McIntyre revealed that the sword he used was actually property of Vince McMahon. The Chairman just happened to have a sword perfect for the task at hand when the idea was floated out there.

“Recently, we [Vince McMahon and I] had a conversation about it. I was just thinking about walking out with a kilt. But, obviously, he likes to take it a little bit further. Suddenly, we had the sword and the pyro, and he was very hands on with this.”

“I guess I’ll just let the cat out of the bag. The sword I had is actually Vince’s sword. It was gifted to him by Stephanie [McMahon] and Hunter [Triple H]. I did not know how it started but I believe the conversation went, ‘we need a sword and we don’t have one.'”

Vince McMahon has an interesting collection of artifacts, including a T-Rex skull in his office. He apparently keeps a sword or two handy just in case they need one. It really worked out in this instance because it created a memorable moment prior to the King Of Claymore Country’s second WWE Title Win.