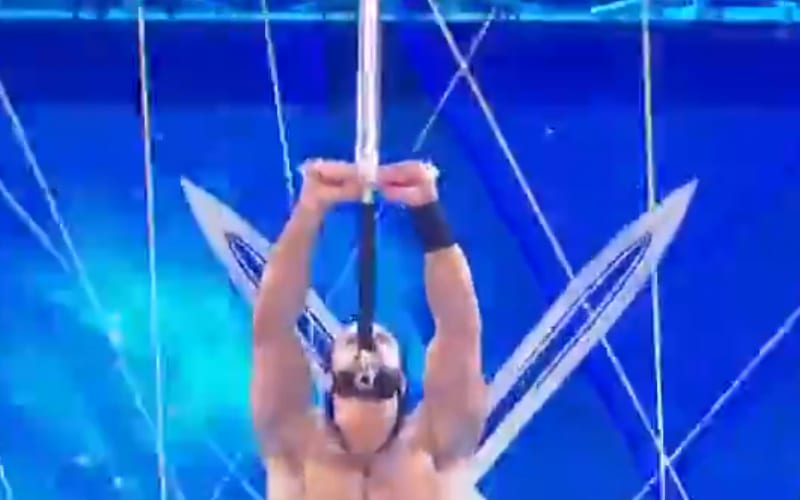 Drew McIntyre had a big match against Randy Orton on Raw, and WWE made it very special.

Sheamus approached Drew McIntyre backstage during Raw. Then he presented McIntyre with a sword, a treasured heirloom from the Scottish Psychopath’s family. This sword made its way into Drew McIntyre’s entrance.

The King Of Claymore Country made his way to the ring with his sword in tow. They had a device in the stage where McIntyre put his sword down during his entrance as the pyro was signaled to explode around him.

This was a new gimmick for his entrance, but it’s unclear how long WWE will keep it up. Drew McIntyre definitely used that sword to create a special moment on Raw this week.