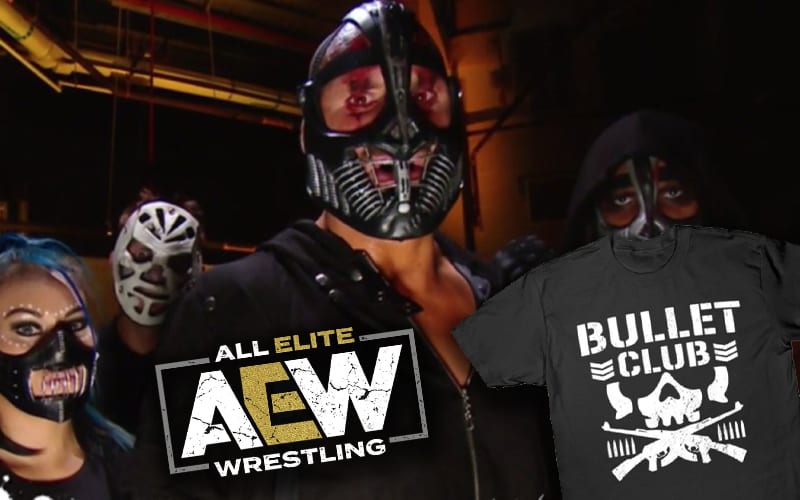 Update: T-Bar has deleted his tweet with the AEW logo. He then tweeted out saying: “I’ll save them the trouble and delete the tweet before I get the phone call this time.”

Original: Retribution had some fun on Twitter with the new Fleet feature. They took over WWE’s official Twitter account for a short time this morning as well. We invite you to check out the chaos they caused here.

Click here to watch a great video that the stable put up explaining each of their reasons for joining the stable.

Mace thought that he would continue trolling fans by taking a stab at the stable’s haters. He tweeted out a “Retribution Sucks Starter Pack.” That included a Bullet Club t-shirt, a neckbeard, a tweet about how much Retribution sucks (except for Reckoning, who is a queen), and a single relationship status.

T-Bar joined in and threw out his own idea for a Retribution Sucks Starter Pack. That included an AEW logo, a Union Jack flag, and a list of pro wrestling podcasts.

Retribution brings a lot of real world issues with WWE into the kayfabe world. It is interesting how they picked this direction, and they’re not afraid to let their haters know how they feel about them.

What is in your “Retribution Sucks Starter Pack?” Sound off in the comments below!