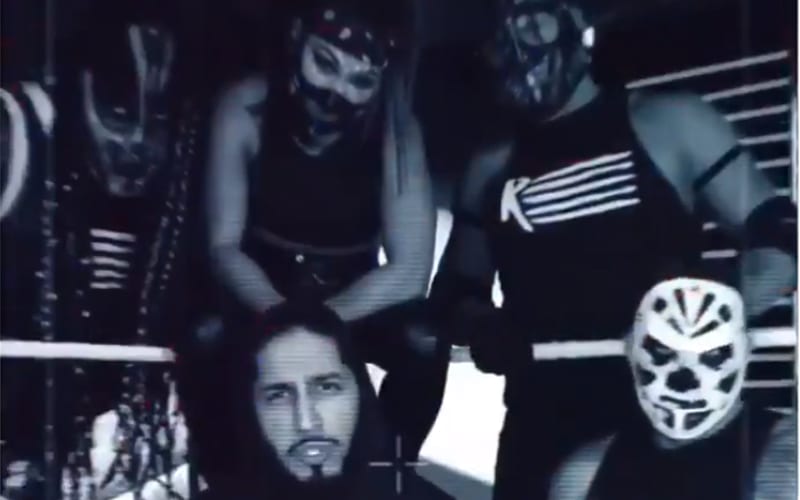 Retribution entered WWE with a mission to cause chaos, but there is a reason for their frustration. Each member has a backstory to explain why they were chosen for this faction of rebels.

The stable took over WWE’s Twitter account. They posted several things and fans have been having some fun with the idea. We invite you to click here and check it out.

Twitter has a new story function, and WWE used it in a great way today for Retribution’s takeover. Mustafa Ali, Reckoning, Mace, T-Bar, and Slapjack all told their stories about how they ended up in the faction, and they were very intense.

While using editing to show Triple H when T-Bar spoke about “a mentor,” and other mentions of the past such as the crowd chanting “Please Sign Mia,” Retribution explained their individual reasons for being in the faction.

We have captured the videos and posted them on our official Ringside News Twitter account. We welcome you to check them out below so you can get a better idea about exactly why Retribution is around.