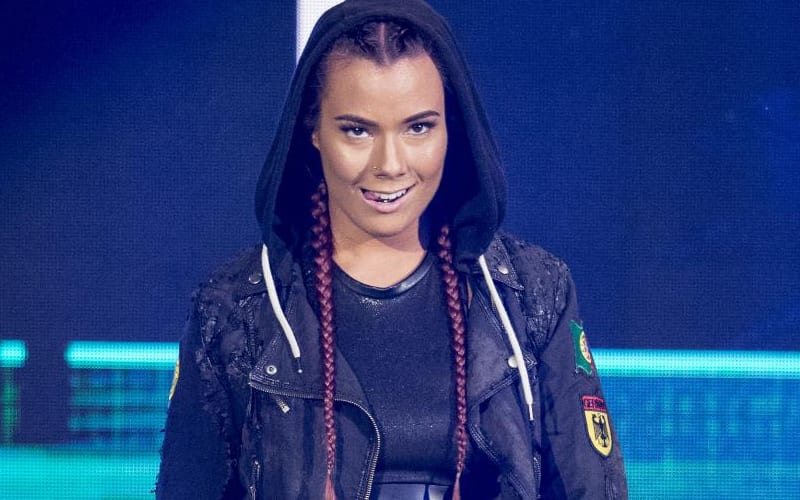 WWE lost a valuable talent when Killer Kelly exited the NXT UK brand, but there is already interest in her elsewhere. She didn’t specify who wants to bring her in, but there are only a few options.

Kelly recently spoke to Fightful where she confirmed that “one American company has shown interest in her.” She kept that information secret, but she doesn’t know if it will work because of travel issues.

The COVID-19 pandemic made things very difficult for international travel. Killer Kelly said that she had to fly into Mexico and quarantine for two weeks prior to crossing the border into the United States for her last American appearances at The Collective.

Killer Kelly said that she plans to stay in the United States until “at least December,” but right now she’s waiting to see what’s next.

We previously reported that Killer Kelly wanted to keep her WWE exit a secret. Her goal was to build confusion and attention, but the news soon broke that she had made her exit from WWE’s United Kingdom brand.