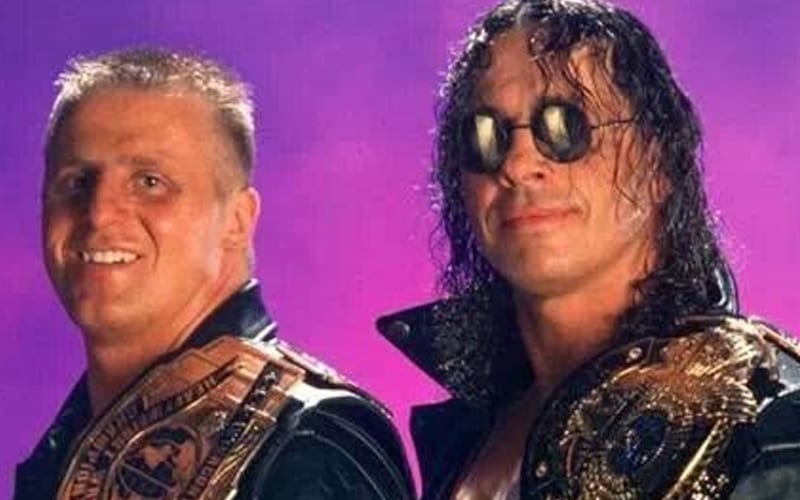 Owen Hart’s death was a terrible accident that shook the pro wrestling world. Things would be must different if Owen never took that awful fall at Over The Edge in 1999. Years later, Bret Hart, who had already exited to WCW at the time, doesn’t see Vince McMahon as the likely man to blame.

Dark Side Of The Ring detailed the Owen Hart accident in great detail. Martha Hart gave Vice candid access to every detail of the event. A lot of decisions were made the day of Owen Hart’s passing that resulted in tragedy.

During Confessions Of The Hitman, a paid program on Hart’s website, he was asked if there is any bitterness left toward Vince McMahon. Hart admitted that at the time he was very bitter. Not only did Vince McMahon screw him in Montreal, but Owen Hart later died during a company pay-per-view, one they finished after his death.

Hart said that looking back he can see that Vince McMahon probably isn’t the person to blame for Owen Hart’s passing. Now he holds no grudge toward Vince McMahon.

“I was pretty bitter towards Vince, especially after The Screwjob, and I didn’t like a lot of what happened with my brother Owen’s horrible accident. But I do believe in retrospect, when we look back, that Vince had probably very little to do with what happened to Owen. Like, he barely even knew what was going on there. I think that kind of proved itself to be true, so I didn’t hold a lot of grudges toward Vince for what happened to Owen, but I did hold some grudges over what happened in Montreal with just how much he misled me and betrayed me in the end with so many lies, really. And again, I don’t think he is proud of his conduct through that.”

Vince McMahon and Bret Hart likely don’t speak much anymore, but at least Hart isn’t still upset at McMahon directly. He felt misled and betrayed at the time, and he was still upset over the Montreal Screwjob. At least Bret Hart doesn’t hold McMahon accountable for what happened to his brother.