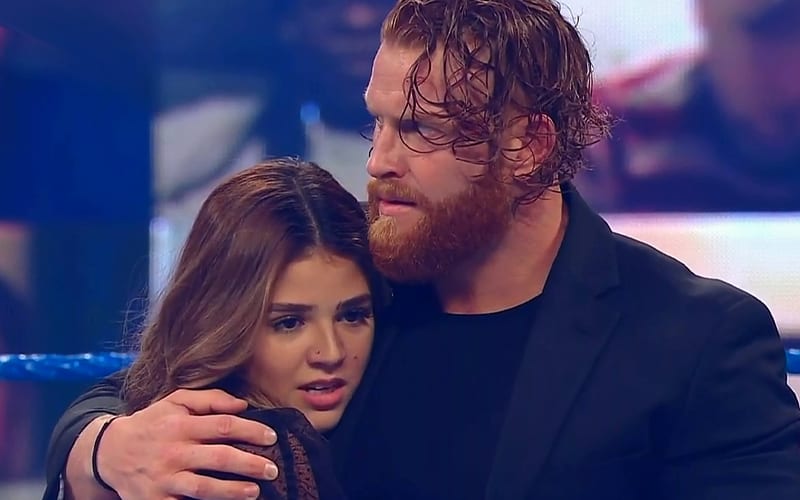 WWE has a lot of plans going right now, and the card is always subject to change. We have seen instances of that being true in very recent memory, even changing plans hours prior to the show going live.

Aalyah Mysterio and Murphy are currently involved in a romantic angle. Rey Mysterio gave his blessing to their relationship this week on SmackDown, but where is it leading?

According to Wrestling News, WWE was planning a wedding angle for the two kayfabe lovebirds.

The Murphy-Mysterio story will continue in some form. At one point, there was talk of a wedding with Murphy turning on the family. That could have changed but we heard that a few days ago and they had already known by that time that Rollins was going to need time off.

Seth Rollins is taking time off, as exclusively reported by Ringside News, and he is slated to take about 4 to 6 weeks for the birth of his and Becky Lynch’s baby. This should see his return in time for the Royal Rumble, but you can never count out a big Rumble surprise for WWE.

We’ll have to see where this situation leads. WWE might have dropped the marriage angle idea, but you also know how much Vince McMahon loves to ruin a perfectly good wedding.