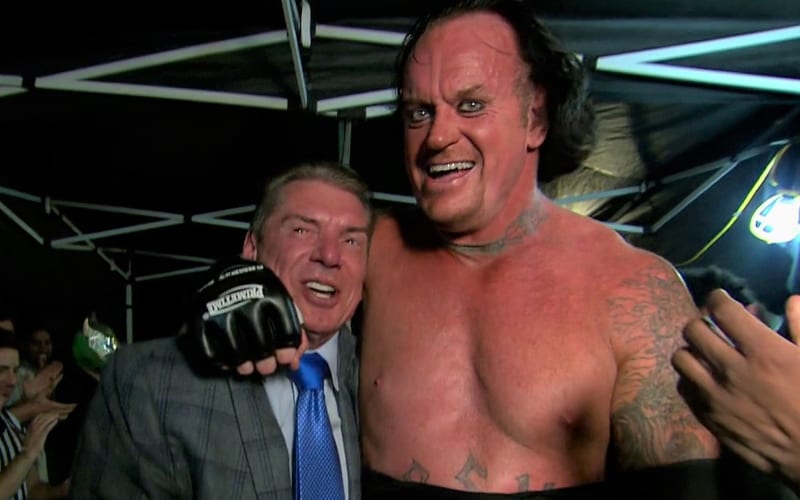 Vince McMahon runs WWE with an iron fist. Whatever he says goes, and there’s no way around the Chairman’s orders if you want to stay in the company. WWE’s recent activities concerning third party bans, complete with firing Zelina Vega, certainly didn’t help their public perception.

While speaking to the New York Post, The Undertaker spoke about his good friend Vince McMahon. He defended McMahon and said that he’s a caring human, and not the monster he’s made out to be.

“He’s a caring human being, not the monster that people think that he is. I’ve never taken for granted the special opportunity he gave me. If Vince feels like there’s still something there, I have a place on the roster, then I had no problem doing it.”

“That’s where the internet and all that stuff kind of show up, ‘Just let him retire, just let him do this, let him do that.’ I’m a grown man. I can walk away anytime I want.”

The Undertaker disclosed in a previous interview that Vince McMahon is the first person he wants to hug whenever he returns to WWE. McMahon and Taker have a special relationship, and it is unique due to all they’ve been through. Others such as Lio Rush have also called McMahon his “best friend,” but it’s unclear how many talent would be able to say the same thing.

News Tip
wpDiscuz
43
0
Would love your thoughts, please comment.x
()
x
| Reply
You are going to send email to
Move Comment