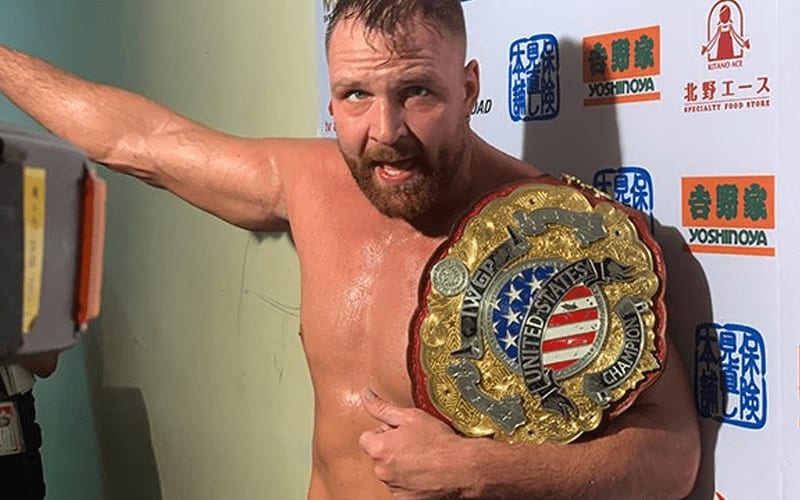 Jon Moxley and Kenny Omega are set to do battle for the AEW World Title on December 2nd’s episode of AEW Dynamite. We invite you to click here to find out whey this match is taking place.

A lot of fans are hopeful that Moxley will be able to defend another title he currently holds: the IWGP United States Title. That hasn’t happened in a very long time, and NPW has not booked Mox for Wrestle Kingdom on January 4th or 5th.

During Wrestling Observer Radio, Dave Meltzer confirmed that Jon Moxley has not asked for any time off from AEW in order to work a NJPW event. This would require additional time off due to Japan’s strict quarantine upon arrival policy.

“He would have to miss the December 30th show, so he would have to miss one show. What I can tell you is that as of this week, no. That wasn’t — as far as Tony Khan, he has not asked for the date. He could ask for the date, but Moxley has not asked Tony for the date. The fact that they made this match on December 2nd and it was Tony’s call means that it 100% has nothing to do with the Tokyo Dome, Now, could he ask to work the Tokyo Dome?”

There are a lot of unanswered questions in this situation, and NJPW might simply be holding off to bring Moxley back until it is safe to do so. The pandemic certainly threw a wrench in everyone’s plans for 2020, especially Jon Moxley as he planned to travel the globe this year, but he had to remain in the United States.