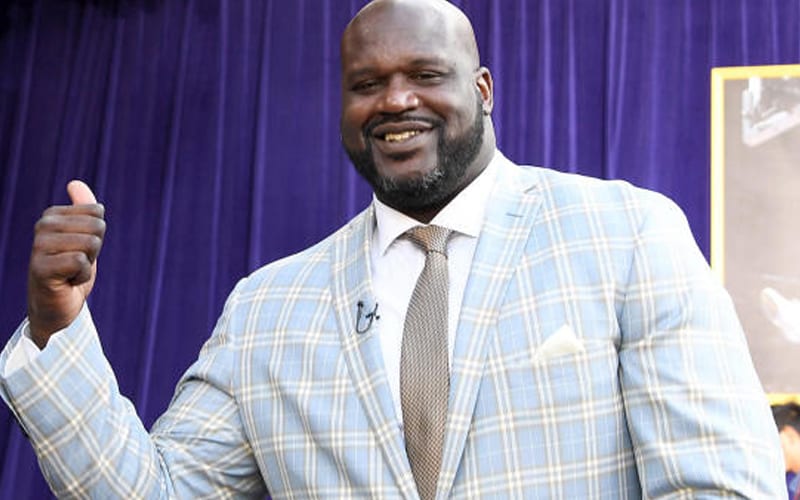 AEW captured some headlines when Shaquille O’Neil’s name was dropped on Dynamite. There was a big reason for that, because Shaq was around.

Redditor SpaceForce1 said that Shaq was backstage at AEW’s Full Gear pay-per-view. It appears that he might have been around at Dynamite as well.

Thunder Rosa dropped a selfie with the NBA Hall of Famer. They were both smiling away, but Shaq was so tall that it was hard for him to stay in frame. That’s likely a constant struggle for him and selfies.

Rosa captioned the photo asking: “Who would win in a Free Throw Shooting contest, me or Shaq.” That is a joke about Shaq’s legendary free-throw percentage of 52.7%. She also used hashtags for Dynamite and Dark. Rosa was at Full Gear as well, so that could have been the time of the photo.

We’ll have to see if Shaq laces up his boots for AEW down the line. Jade Cargill certainly teased something between The American Nightmare and Shaq when she made her debut on AEW Dynamite.