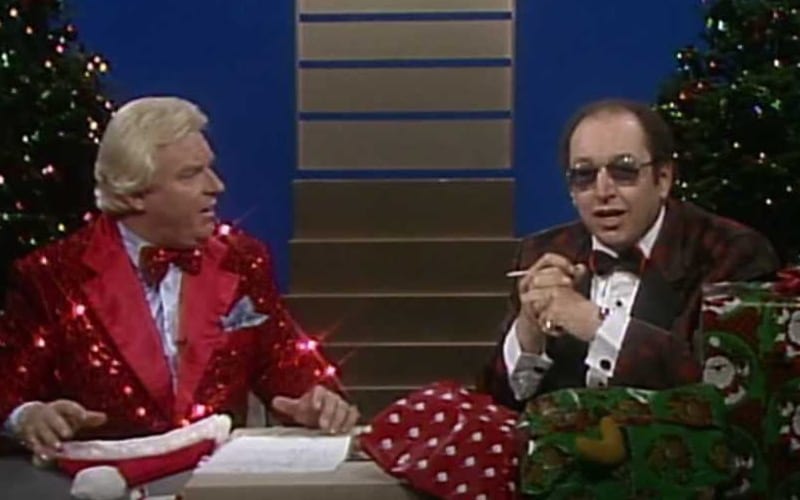 WWE owns a ton of footage that they are still getting on the WWE Network slowly but surely. We have exclusive news on more episodes of Prime Time Wrestling coming to the WWE Network.

Seven new episodes are dropping on the WWE Network this month. The news broke that the content is coming, but Ringside News has obtained exclusive information about each episode. You can check that out below.

It’s New Year’s Day on Primetime Wrestling. The Hart Foundation clash with The Bolsheviks in the featured contest. Demolition battle The Colossal Connection for the WWE Tag Team Championship. The Rockers, Bad News Brown and others are in action.

On a special Halloween episode, Superstars prepare for a big Survivor Series event. “The Million Dollar Man” Ted DiBiase lays down a challenge. “Mean” Gene Okerlund interviews “Macho King” Randy Savage and Queen Sherri. Dustin Rhodes, The Barbarian, The Rockers and others are in action.

On Christmas Eve, Gorilla Monsoon and Bobby “The Brain” Heenan celebrate the holiday season. The Undertaker offers a warning for his competition in the Royal Rumble Match. The Legion of Doom, Big Boss Man and more compete in the ring.

A special episode of Prime Time Wrestling, “March to WrestleMania VIII” celebrates the career and legacy of Hulk Hogan. Featuring an exclusive interview and The Hulkster’s legendary WrestleMania matches against Andre the Giant and The Ultimate Warrior.

Two holiday specials, a New Year’s episode, and a Halloween episode will be welcomed additions to the classic wrestling section on the WWE Network. The March to WrestleMania VIII episode will also be worth checking out. Ric Flair arriving in WWE might be worth watching for a lot of fans as well.

Keep checking back with Ringside News as we continue providing this exclusive content.