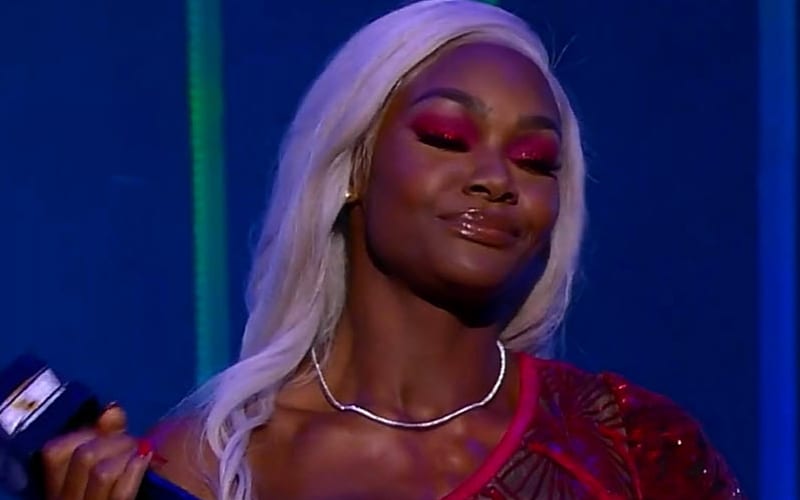 Cody Rhodes took to the ring on AEW Dynamite this week, and he had a lot to say. Then an unexpected face interrupted him.

Jade Cargill came out and she got in Cody’s face. She said that Cody talks about being a giant killer, but she has a real giant, and he’s about to wake him.

Cargill went to leave, and then she turned to Cody and congratulated him about getting his name back. She then said that Cody “doesn’t have the balls” to go by one name, but her man does. Jade Cargill then said that her giant’s name is Shaq.

Brandi Rhodes stormed on the stage and she cursed Jade Cargill out before she left. They namedropped Shaquille O’Neal for a reason.

Shaq did sign a new deal with TNT recently, and AEW was something he teased.