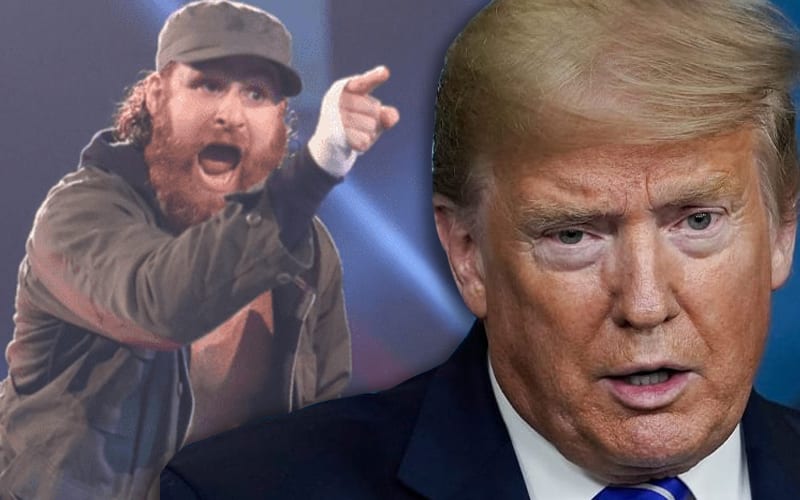 Sami Zayn is not afraid to speak his mind. He saw what Donald Trump tweeted about Joe Biden winning the election by cheating, and he had to comment.

Trump sent out a tweet about how Biden only won in the eyes of the “fake news media.” Zayn fired off a tweet calling Trump’s actions “an embarrassing and pathetic spectacle.”

This is an embarrassing and pathetic spectacle, and I say this is as a man who plays a whiny, paranoid coward who got thrown into a dumpster on national television.

Zayn will also not let Joe Biden get a pass, and you can click here to hear his thoughts on the matter.

The 2020 Presidential Election is still raging on as Trump refuses to concede. We’ll have to see how things turn out, but Andrew Yang recently stated that he hasn’t forgotten about Vince McMahon.