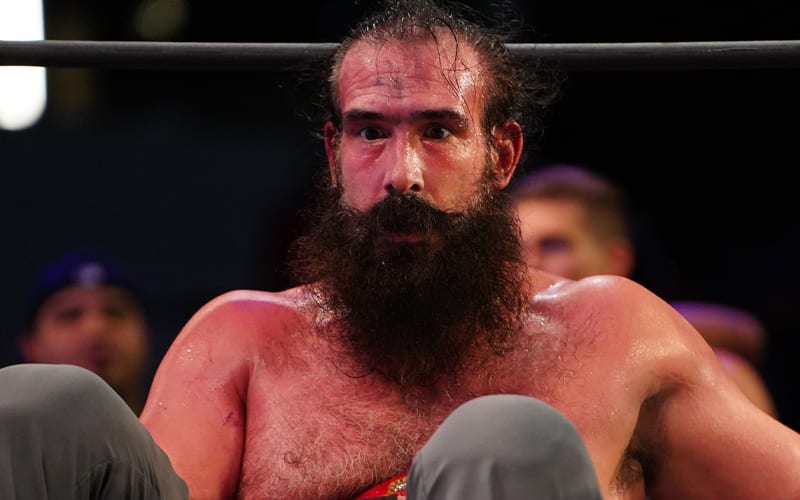 Brodie Lee is leader of the Dark Order in AEW, but he hasn’t wrestled much in recent weeks. He is apparently dealing with an injury issue which would explain his absence.

Dave Meltzer said on the Wrestling Observer Forum that Brodie Lee is injured, and that is why he has been missing. It was noted as possibly his ankle, but it was said to be minor.

As of this writing, there is no definite timetable for Brodie Lee’s return.

Brodie Lee was TNT Champion for a good run while Cody was out of action filming the Go Big Show. Since Cody’s return, he won the TNT Title back, and then he lost it to Darby Allin at Full Gear.

Hopefully, Brodie Lee will be able to get back to action soon and not miss much more action in the ring. Keep checking back with Ringside News for more updates.