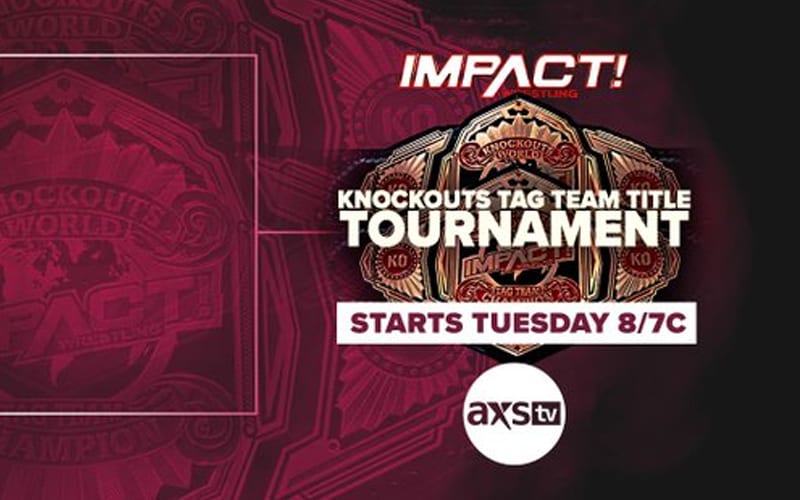 Impact Wrestling is bringing back the Knockouts Tag Team Titles. They have the brackets ready for the tournament to start this Tuesday. They made the big reveal during Turning Point.

Eight teams will comprise this tournament. There are some notable names involved including Renee Michelle and Killer Kelly. They both have recent WWE ties as Michelle is married to Drake Maverick and appeared with him in those great WWE 24/7 Title angles, and Killer Kelly just left WWE NXT UK.

There are some very talented teams in the tournament, and other Knockouts regulars are featured throughout the brackets as well. You can check out the tournament below.