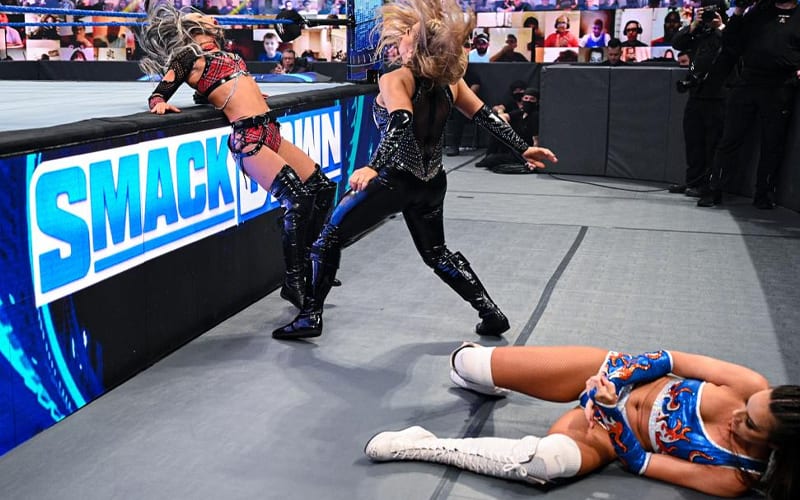 Chelsea Green debuted on WWE SmackDown this week, but her first night on the blue brand ended in an injury. Now she must undergo surgery, but did the match on SmackDown have to change?

Ringside News has learned that injured or not, Green wasn’t winning that fatal four-way match. This is despite the fact that she was able to convince Adam Pearce to insert her into that match for her debut.

A tenured member of the creative team confirmed that Liv Morgan was slated to win that match and she did. There was no call to change anything in the ring after Green was injured.

When pressed why WWE would debut Chelsea Green like this and then book her to lose, we received a typical response. We were told that this situation is “another example of how awful the creative is under Bruce Prichard.” There is “no effort to get people over, just bodies to fill TV time.”

It’s unclear when Chelsea Green will be healed up and ready to return. That unexpected injury will require surgery. Now we much wait for her to get another opportunity. Hopefully, they book it better next time.