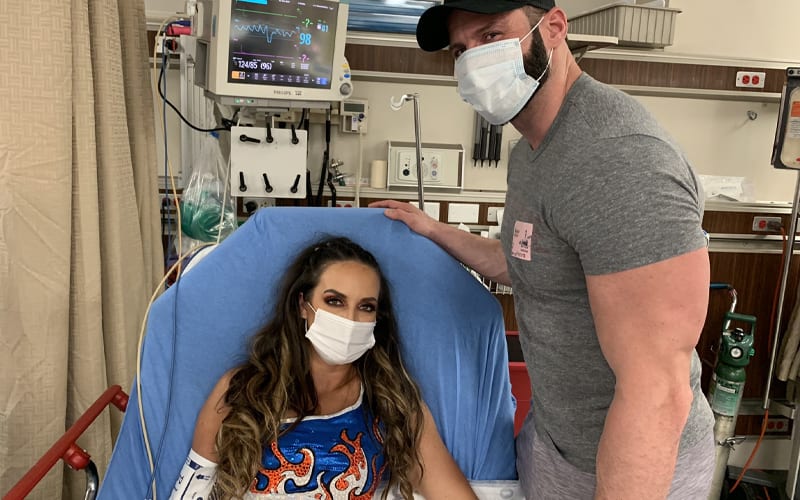 Chelsea Green suffered a broken left wrist during her SmackDown debut. This was not the way she wanted her debut to end, and now she must have surgery.

Matt Cardona, Green’s fiancé tweeted out that “tonight was bittersweet.” He’s seen her told “no” by WWE so many times when it came to getting hired to getting matches on television. Chelsea Green worked hard, but now she has hit another awful rough patch she was not expecting.

He confirmed that she must undergo surgery. Chelsea Green is a fighter, so this won’t stop her. It will greatly slow her down for a bit, but the former Zack Ryder has all the faith in the world that Green will become the star she is destined to be.

Chelsea Green was dealt another tough hand last night on SmackDown, but she’s made it though plenty of hard situations already. We’ll see her again, but now she must recuperate.