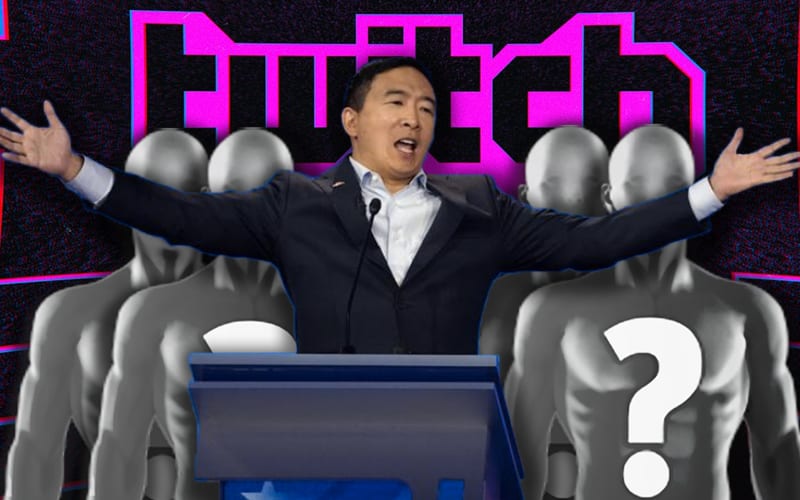 WWE Superstars had to leave Twitch. This was an order from Vince McMahon that all of his independent contractors must depart the third party platform. That didn’t make anyone happy at all.

Andrew Yang has said that if Joe Biden wins the US Presidential Election then he will have something done about this situation. He is a huge pro wrestling fan and, as a former US democratic presidential candidate, he knows some powerful people.

During Wrestling Observer Radio, Dave Meltzer said that Andrew Yang also knows several WWE Superstars. They are talking to him, but it’s unclear exactly who is reaching out. The fact is that Vince McMahon pulled this third party power play at a terrible moment in US history.

“Everyone is getting off Twitch. There’s a lot of unhappiness. I don’t know how many are talking to Andrew Yang. I know that there are several people talking to Andrew Yang and it’s a very interesting thing because, you know the election is coming. From a Vince standpoint his timing for making this move is terrible.”

It was noted that “as long as Trump is in [the White House] then nobody’s doing anything to Vince, but if the democrats win and Vince’s wife — who was one of his biggest supporters — from a political standpoint, Vince may kiss up and he may donate money.”

We will have to see how this situation plays out. If Trump loses on November 3rd, then WWE Superstars might suddenly get their Twitch accounts handed back to them. There really is no way to tell at this point, but it is certainly another situation where the greater political and social landscape has invaded Vince McMahon’s bubble of total control once again.