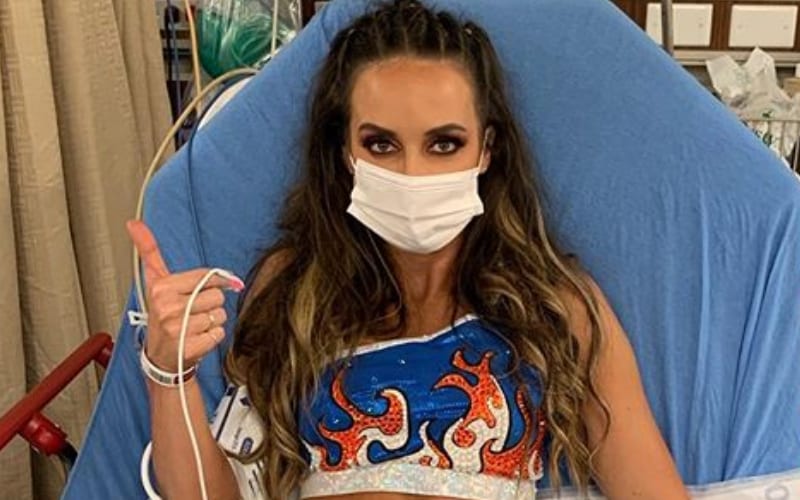 Chelsea Green was set to have a big night on SmackDown, but she was injured during her debut match. She suffered a broken left wrist, and now she is experiencing another twist in her WWE story.

Green sent out an Instagram post from a medical facility. Her injury was legitimate, and she didn’t seem too thrilled about it, despite her thumbs up.

Just another twist in my @wwe story tonight!
If you wondered where I went after my entrance, here’s your answer… another broken arm. Nothing I haven’t dealt with before! I’ll be back before you know it!

Hopefully, Chelsea Green will be able to heal up fast and get back to action. We’re not certain what WWE had planned for her tonight, but it certainly didn’t include an injury.