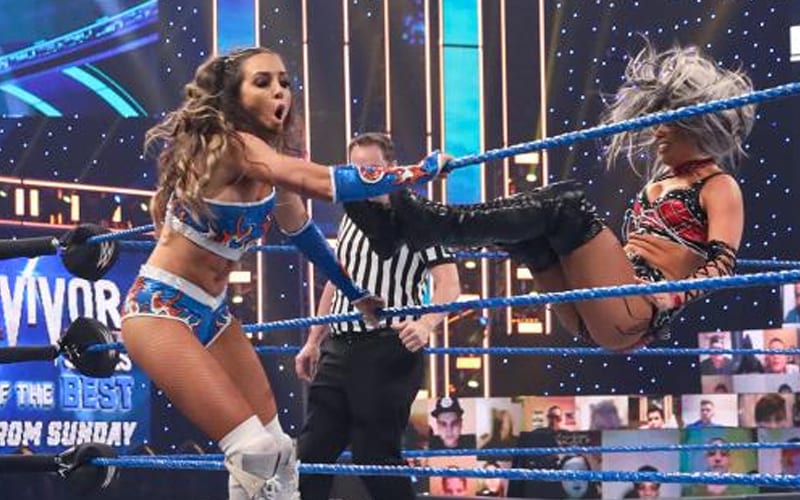 Chelsea Green debuted on WWE SmackDown this week, and she did not win the match. It’s unclear if she was supposed to win that fatal four-way match, but it certainly did not go according to plan. Green was injured during her blue brand debut.

WWE reports that Chelsea Green suffered a broken wrist during her match on SmackDown. There is no report about whether it’s bad enough to require surgery. This is not what anyone had in mind.

During the Fatal 4-Way Qualifying Match for the opportunity to qualify for the  SmackDown Women’s Survivor Series team on Friday evening, Chelsea Green suffered a broken left wrist.

Chelsea was taken to a local hospital for further evaluation

This is a terrible situation for Green, but hopefully this won’t totally derail her main roster goals. She was called up from NXT a long time ago, and she just debuted tonight. We will keep a close eye on this story right here at Ringside News.