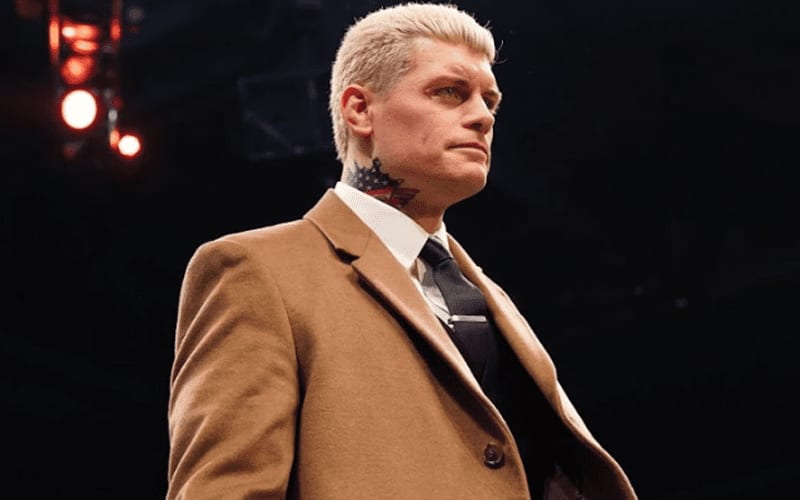 Cody Rhodes took on the position of EVP at AEW, and he is also a featured performer. His job consists of far more than fans ever see on television. That includes reaching out to AEW talent to make sure they don’t feel unimportant.

During AEW Unrestricted, The American Nightmare said that a big part of his day is communicating with talent. It’s hard to give everyone a lengthy interaction, but he tries to make sure they know that they are vital to the operation.

Rhodes then said he even makes sure that someone like Jim Ross knows how great of a job he did, even though JR is widely considered one of the best ever.

“It’s very difficult to have a long interaction and conversation with everybody, but I don’t want anyone to ever feel that they are unimportant. Jim Ross is a pretty good example. JR is widely regarded as the greatest announcer of all time. He’s on our show. He’s next to the silver-tongued Tony Schiavone who I’ve known my whole life. I’ve known both of them my whole life. They’ve argued on air about who’s known Michelle longer while I was in the middle of doing a bunch of spots. I laughed because this match could be over by the time they figure out who knew my mom longer.”

“He’s somebody who comes right through and nobody is like ‘Damn Jim you killed it, great job!’ I feel like someone should be there to tell them great job, they’ve been there all night. Someone should be there because they’re a big part of the show. So that’s what I mean with interactions like ‘I know what you’re doing tonight, I can’t wait to see it.’ Just that’s top to bottom, I try to.”

Cody Rhodes came from WWE where they might not reach out in such a way to their Superstars. Obviously, Rhodes wanted to present a different atmosphere for AEW stars. It’s a lot of work, but Cody Rhodes feels it is a priority to make sure that the people in his company realize how important they are to what the AEW is doing.