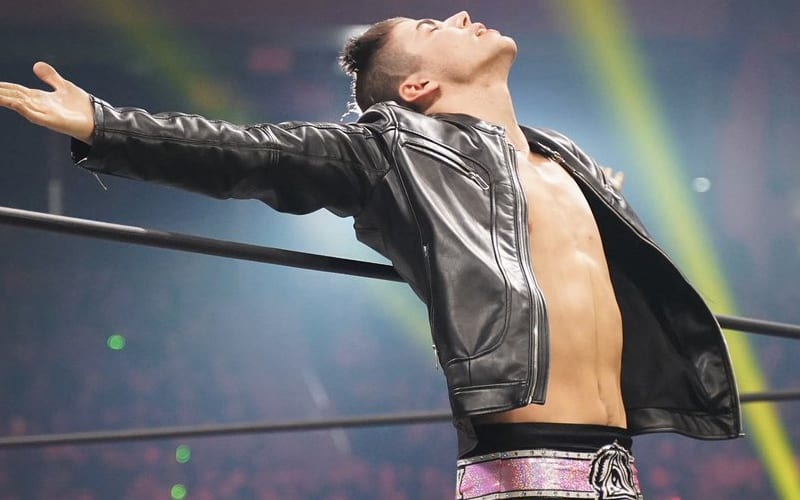 AEW books their storylines with long-term goals in mind, at least as much as they can during a pandemic. MJF’s entry into the Inner Circle could push out another member, and the writing seems to be on the wall for Sammy Guevara to turn babyface.

MJF “forgot” to send Sammy Guevara a second email to inform him that they weren’t meeting at the beach. Guevara missed MJF and Wardlow’s induction into the Inner Circle because of that. Then MJF presented Guevara with a ticket to Las Vegas after he showed up later.

During Wrestling Observer Radio, Dave Meltzer discussed AEW’s direction for Sammy Guevara and how it is likely to see him make a shift soon enough. Matt Hardy even put Guevara over during his promo this week where he wrapped up the Elite Deletion match from Full Gear.

“[Sammy Guevara] has got to go babyface in the long run, maybe that’s the deal here. That should be the deal here because the Matt Hardy promo to me is saying that Sammy is going to be a babyface soon and you know he got my respect and everything like that.”

Sammy Guevara’s current storyline with the Inner Circle is ongoing, but it seems to be leading toward some sort of shift. Perhaps MJF is trying to muscle in and move Guevara out. MJF even slighted Guevara by not giving him a jacket, and then presenting him with one that was far too big.

Guevara seems to be headed toward a babyface turn. Let’s just see if that ticket MJF gave him this week on Dynamite is really going to Las Vegas.