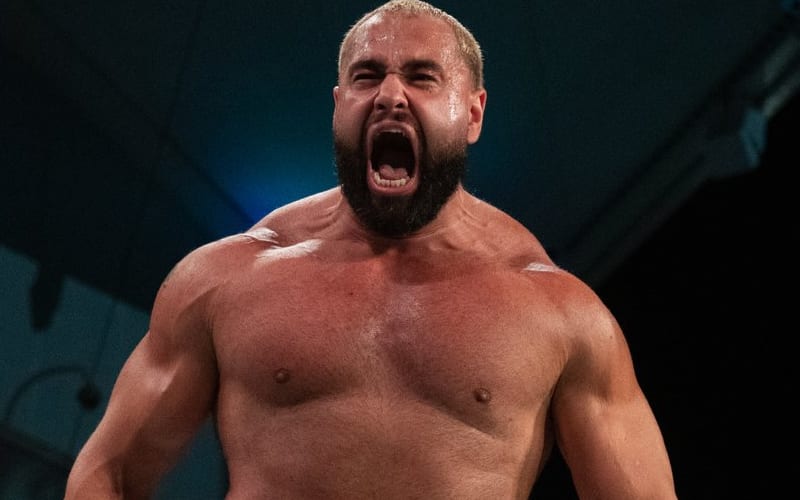 Miro wasn’t used very much in WWE. He might not have returned for that last run with Vince McMahon’s company if Paul Heyman didn’t promise him a WrestleMania main event match, obviously that never happened.

After spending nine months out of the ring, Miro returned to pro wrestling as a member of the AEW roster. His first match back was a tag team encounter, and it was quite different.

During a recent Twitch stream, Miro discussed going from a singles run in WWE to being in a tag team as part of the AEW roster. He admittedly lost a few steps, but after such a long hiatus he’ll gladly accept that.

“That’s why I wanted to test myself in a singles match, you know just to see where I’m at and it felt good. Really, that match felt good. I’m a couple steps behind and I’ve noticed that, but that’s okay. because it’s been nine months and to only be a couple steps back, man I’ll take it. I’ll definitely take it.”

Ring rust can really accumulate if left unchecked. We’ll have to see what’s next for Miro in AEW. He can wrestle in a tag team, or on his own. Either way, he seems much happier to be in All Elite Wrestling at this point in his career.