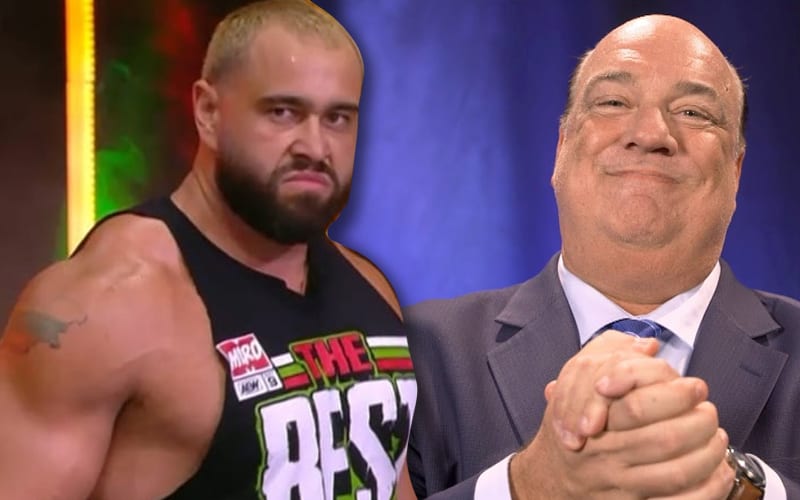 Rusev was release from WWE, and this came as a bit of a shock for some fans. Now Miro is with AEW, and he has a brighter future as The Best Man. There was a time in WWE when he was promised a huge spot.

Click here to read all about Miro’s big announcement that he is joining a football league.

While speaking on Talk Is Jericho, Miro revealed that Paul Heyman, who was Executive Director of RAW at the time, promised him a WrestleMania main event match. This is what convinced him to return and have that infidelity angle with Lana and Bobby Lashley.

“And I left and I stayed home for three or four months and I think Paul Heyman called us with that story, and I was like, ‘Where is it leading?’ Of course because this is my first question. Cool, it’s not my favorite story but where is it leading? ‘Main event of WrestleMania. One of the main events of WrestleMania.’ When you hear that, what are you gonna say? There’s plans and this is September, October, whatever it was so it’s a few months planned and it’s very realistic. Cool, I jumped on board and I knew it was a red flag since the beginning.”

Paul Heyman very well might have planned for a WrestleMania match to cap off this feud. Obviously, Vince McMahon decided to go another direction and kill it after a wedding with zero follow-up planned.

Miro was left off of Full Gear, but there was a reason for that. He is still building his storyline in AEW with the Best Friends. There will likely be many more AEW pay-per-views for Miro that he will be featured on. That wasn’t necessarily the case in WWE, especially when it came to capping off his angle with Bobby Lashley on the grandest stage of them all.