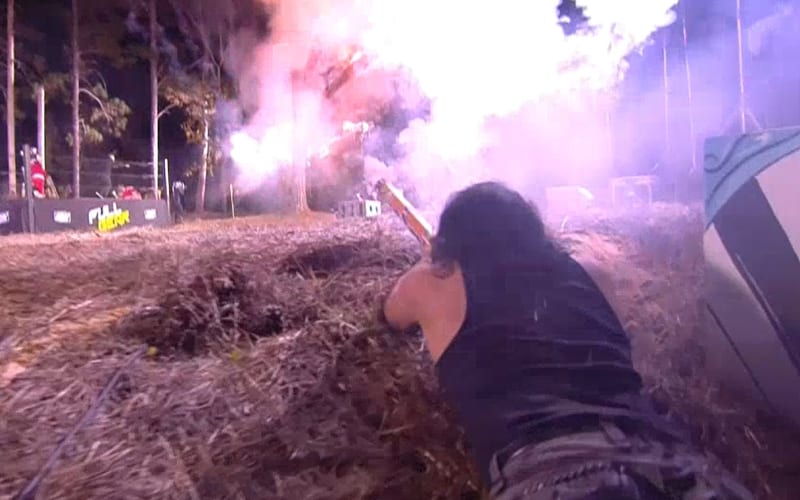 AEW Full Gear featured an Elite Deletion match which presumably wrapped up Matt Hardy’s ongoing feud with Sammy Guevara. Hardy and the Spanish God fired Roman Candles at each other during that match, and it was quite a show, especially for Reby Hardy.

Full Gear’s Elite Deletion match featured Reby Hardy playing piano, and later celebrating with her husband at the end. She was inside their home when those Roman Candles went off, and the sky was a multi-colored spectacle.

It seemed that they got a little close to the house. Reby Hardy sent out a video that she took from inside with a caption saying: “Uhh… guys?” Thankfully, they didn’t catch anything on fire during that chaotic match.