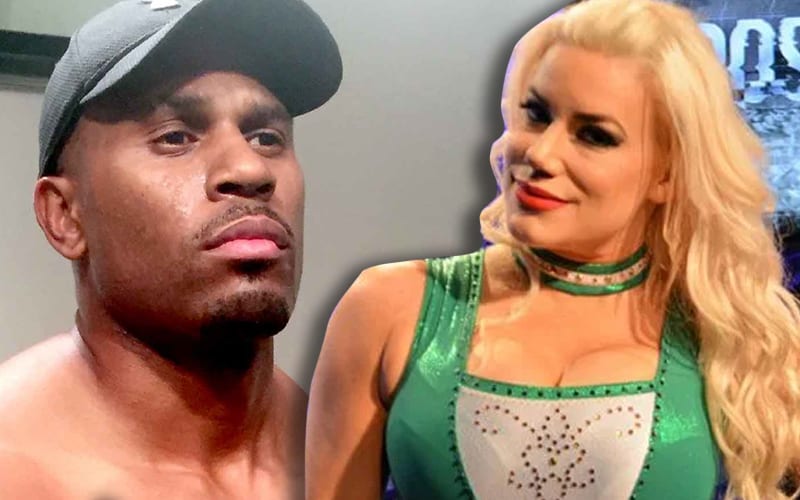 Shad Gaspard passed away far too soon, and during his life he influenced many people, including Taya Valkyrie. It turns out that he is a huge reason why she became a pro wrestler.

Valkyrie recently spoke to Chris Van Vliet where she talked about meeting Shad Gaspard for the first time. It was around Halloween, and she was a bartender dressed as John Cena. This sparked a conversation with the Cryme Tyme member, and he put her in touch with who she needed to speak with.

“I’d met Shad Gaspard three weeks before The Nationals… WWE was in town. And I was bartending at this bar, and I was dressed as a female John Cena. They were in the bar and I was just serving them drinks and stuff, and he’s like, ‘You should be a wrestler.’ And I was like, ‘I’m trying to be a wrestler, and I don’t know how to be a wrestler!’ So he actually put WWE in contact with me the first time. If it wasn’t for that, then I don’t think that a lot of things would have happened the way that they did.”

The world lost a true hero when Shad Gaspard died. He drowned as he was saving his son during a riptide at the beach. Many mourned his memory, and his legacy continues to this day, especially for those who remember the incredible influence he was on everyone around him.

Taya Valkyrie certainly hasn’t forgotten what Shad Gaspard did for her, and there are many more like her with their own stories about Gaspard.