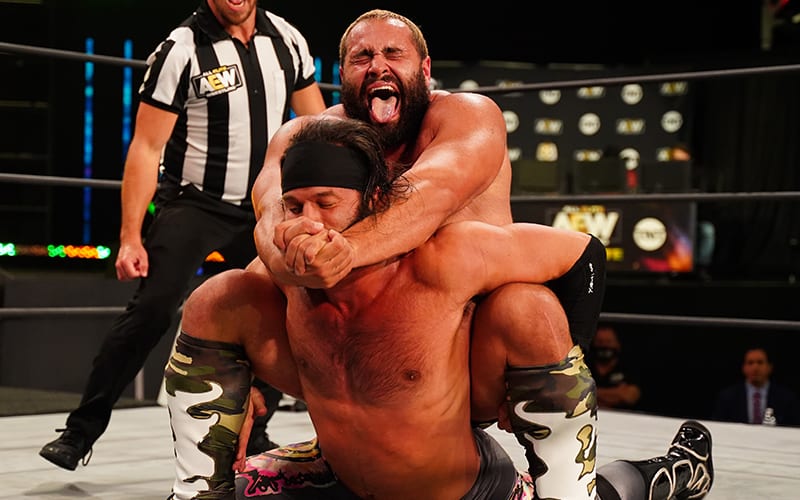 Miro entered AEW and his first feud is alongside Kip Sabian against the Best Friends. That feud isn’t ending any time soon, and that’s the reason why they are not on Full Gear.

The former Rusev had his first singles match in the company this week. He defeated Trent, and they obviously aren’t done with each other. Those two teams have not hashed it out in a final battle quite yet.

The Wrestling Observer Newsletter explained that AEW wants Miro and Sabian’s rivalry with The Best Friends to last even longer. This is why they were left off of Full Gear

The reason there was no Miro & Kip Sabian vs. Best Friends match on the PPV is the decision was made to keep that as a long-term Dynamite program, similar to Best Friends vs. Santana & Ortiz and Darby Allin vs. Ricky Starks

The Best Man and Superbad are bound to have a final match with the Best Friends to get revenge over that broken arcade machine. Those two teams will continue feuding for a while longer because this Saturday was too early to wrap things up in that story.