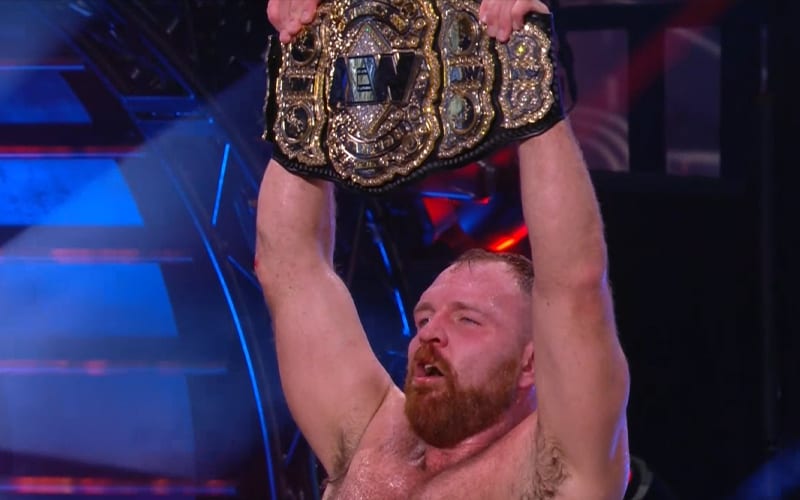 Jon Moxley defended the AEW World Title at Full Gear. It was a brutal contest against Eddie Kingston, and Moxley retained his championship. Weeks before that, he worked Bloodsport at The Collective, an event where several wrestlers later tested positive for COVID-19, but Moxley was able to stay safe.

While speaking during the media session after Full Gear, Moxley revealed that he stayed in a hotel prior to the Bloodsport event to stay safe. He makes sure that he has his own space, and he ensures that all safety precautions are followed.

It is a tough time in the pro wrestling world right now, especially on the indies. He transitioned into talking about his experience at The Collective from a question regarding advice he might share for any struggling indie wrestlers during this time.

“Yeah, that’s a tough question, because indie talents were hit really, really, really hard with all of this. It’s another reason I did [GCW Josh Barnett’s Bloodsport 3] the other week. Felt like I really had a responsibility — I’d been booked for it twice. Josh Barnett hit me up — and he’s one of the smartest guys I know — so he’s not going to be running some two-bit operation. Everybody on Bloodsport was tested, as far as I knew. All that group was separate, I took extra steps, myself. I stayed in my own hotel. Made sure I had my own space, do everything I can.”

“I guess that’s the thing I can tell people, as far as staying safe, not just in wrestling, but for anything. If you’re going to do anything — go to the grocery store, try to attend an event, or come to an AEW show. We can make the show as safe as possible, and put all the rules into place, but if you don’t follow them, what can we do? You have to take personal responsibility you do the things you need to do, social distance. I do everything possible, I try to stay in my own bubble as much as possible everywhere in life. As far as getting noticed, I’d say just — that’s a tough question. Take every opportunity, if you gotta drive 15 hours, or got a dark match at NXT or AEW, or wherever it’s gonna be. You just gotta keep your nose to the grindstone.”

“This is a tough time for an independent wrestler, but do everything you can, as safely as possible — now you’re gonna have to work twice as hard because the way the world is now, it sucks, but it is what it is. You see a guy like Eddie Kingston, 18 years grinding, almost quit, but if he had quit after 17 and a half years, he was like less than a year away from main eventing a PPV. If it takes 11 years to make it, you can’t quit on the tenth year, no matter how tough it is. You can’t win in the eleventh hour if you quit in the tenth hour.”

The important part is that you should never give up, because that is how bad things win. Jon Moxley never quit, and his success has been known worldwide for nearly a decade dating back to his WWE debut with The Shield. Eddie Kingston had a much different journey, and millions more are going through their own life path. All the while we are also all living in a world with COVID-19.