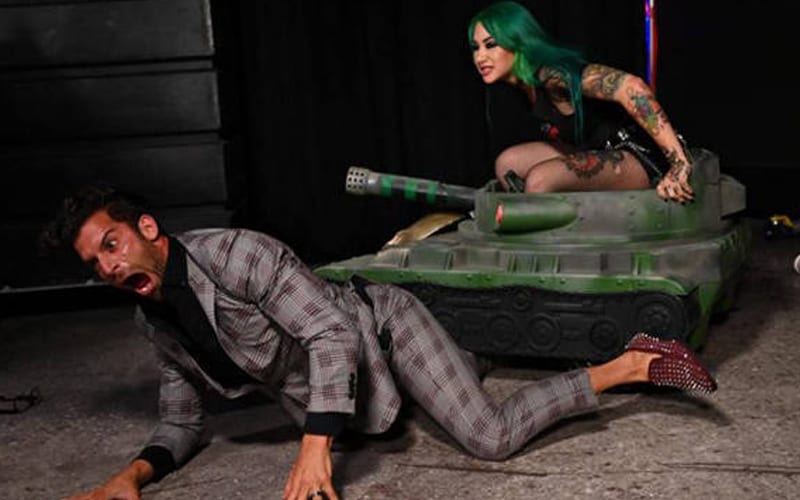 Shotzi Blackheart’s trademark tank was destroyed by Candice LeRae on WWE NXT this week, and it was an emotional display. Shotzi cried hysterically while witnessing that huge part of her entrance bite the dust. She might get another tank thanks to Robert Stone.

The head of the Robert Stone Brand had some fun after Blackheart’s tank was destroyed. She ran him over a time or two with the tank, so it only seems appropriate that he would celebrate that tank’s destruction.

He trolled Shotzi Blackheart with a tweet saying: “JUST SAW PARTS OF SHOTZI’S TANK ON EBAY.” That isn’t true, because we checked.

Stone wasn’t done yet. The next day he posted a photo with the apparent mission to help Shotzi Blackheart acquire a new tank. He found a replacement online and it seem like Stone is willing to float her the $610.95 needed for a new one.

“I CAN LEND YA MONEY IF NEED BE SHOTZI,” Stone tweeted out as a caption for the photo. Blackheart was not amused one bit.

We’ll have to see if Shotzi Blackheart ends up with a new and improved tank when everything is said and done. For the time being, she will be walking and howling her way to the ring.