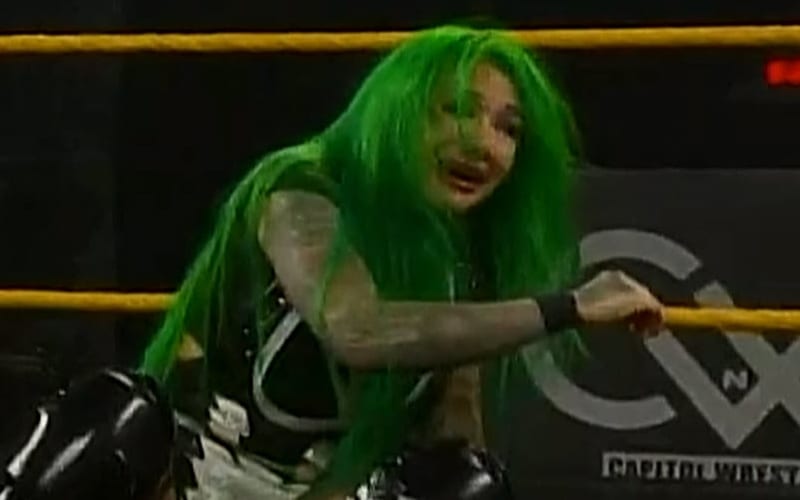 Shotzi Blackheart is known for a few things. Her tattoos and green hair are usually thought of along with her signature helmet and tank. Now that tank is no more.

NXT featured Shotzi Blackheart vs Toni Storm in a match that Blackheart booked. She hosted Halloween Havoc last week, and cost Candice LeRae the NXT Women’s Title in the process.

Candice LeRae appeared on the big screen after the match. She was behind the wheel of an SUV. She cut a promo on Shotzi before running over her tank. Shotzi broke into furious weeping in the ring, and it was very real and unsettling.

Blackheart’s character was built around that tank for a lot of fans. Now it appears she will not be riding her way to the ring any time soon.