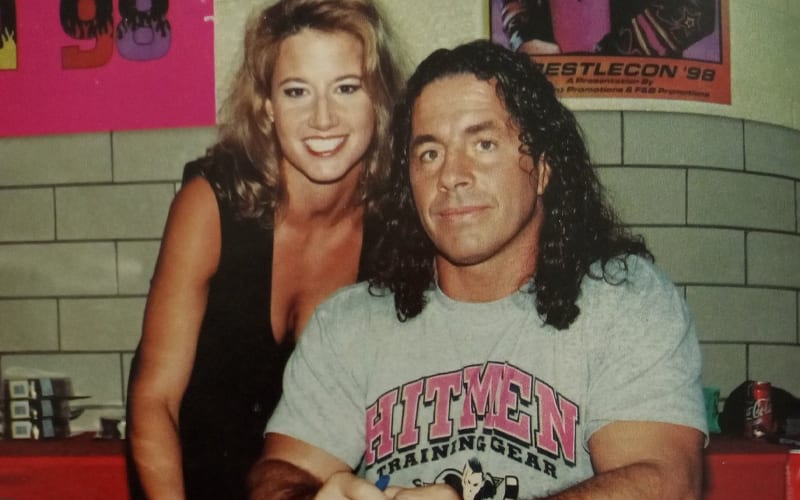 Pro wrestling is full of rumors, and one old story still creeps up to this day. Shawn Michaels’ “Sunny Days” comment to Bret Hart sparked a whirlwind of whispering that the Hitman was involved with Sunny. That wasn’t the case, but decades later, Hart wishes it was true.

During Confessions With The Hitman, a paid video series on his website, Hart shut down those Tammy Lynn Sytch rumors yet again. Then he expanded on how he got along with all of the women in pro wrestling.

He finds the rumor funny to this day. Then Hart admitted that he kind of wishes those rumors about him and Sunny were true.

“Probably the most ludicrous one is that same old one that comes up about Sunny all the time, which is kind of funny for me because I always got along well with not just Sunny, but all of the girls that were involved in [pro] wrestling. The one where they talked about me having a relationship with Sunny, I almost kind of wished I did, but the fact of the matter is that I never did and there was never any truth to those rumors ever. And I don’t know where they came from. I’ve never really been much bothered by that one. That’s probably the only one, to me, that really stands out.”

Sunny is currently incarcerated, and she might not get out for a while. Prior to her recent arrest she was making tons of money on OnlyFans. Neither Hart nor Sunny have admitted to a relationship, but it seems like The Hitman has a bit of regret that it never took place if people are going to accuse him of it.