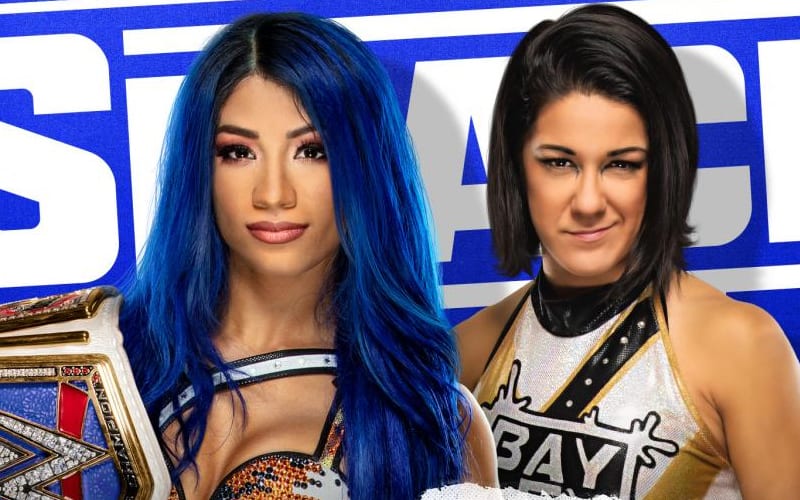 WWE SmackDown is coming to FOX tonight. There are zero segments, but we have a good idea what they are likely to present.

Bayley will battle Sasha Banks for the SmackDown Women’s Title. The Boss just captured her title at Hell in a Cell, and she is determined to prove that she can successfully defend that title as well.

WWE needs to book more spots for their Survivor Series matches. There are places open on the men’s and women’s teams. We’ll likely see some additions to the pay-per-view tonight.

The company announced that Seth Rollins will face Otis in a Survivor Series qualifying match. As we exclusively reported, Vince McMahon’s feelings about Otis have certainly changed in the past couple of months. We’ll have to see how that goes.

Rey Mysterio will also face King Corbin in a second Survivor Series qualifying match. This could be interesting if Mysterio and Rollins are forced to get along at Survivor Series.

Since WWE booked all of their champions to face each other at Survivor Series, those Superstars are already busy on November 22nd. That won’t stop WWE from building for title matches after Survivor Series as they have already started on the red brand.

We will have full coverage of Friday Night SmackDown right here at Ringside News.