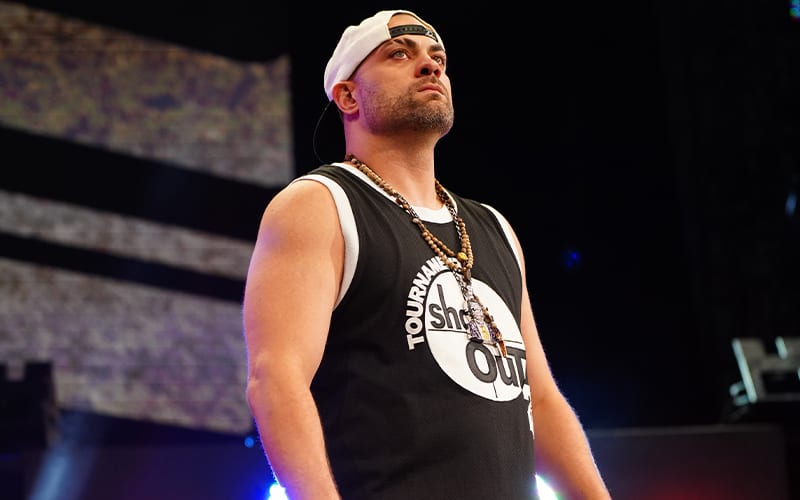 Eddie Kingston had a busy schedule on the indie wrestling scene, and then COVID-19 hit America and everything was shut down. Kingston went from constantly moving to not doing anything because the coronavirus stopped everyone’s momentum in their tracks.

AEW continued operating through that time, and Eddie Kingston found a spot on their roster. He recently spoke to the New York Post about just how bad it got at times prior to All Elite Wrestling giving him an opportunity and saving his pro wrestling career.

“I think probably another month I would have sold the house and moved back to New York and back to my parents’ place until I could get a regular job and, you know, get my own apartment.”

“I just started crying in the car. I didn’t understand why I was crying and my girlfriend was just like, ‘Let it go, let it out because you reached a goal. You did it.’ I was like, damn. I was gonna be broke and homeless and back living with my parents. It hit me then. I just started bawling in the car and apologizing for crying. That whole New York tough guy thing, I can’t let anyone see me cry.”

“I believe God sent my niece and nephew to me not to stop wrestling because he knew good things were gonna happen.”

Eddie Kingston was a month away from giving up everything. Thankfully, AEW called him to accept a TNT Title open challenge, and the rest is history.

That passionate promo Kingston cut after his loss to Cody on Dynamite came from the heart. He meant every word of it. Kingston said that he would be back in AEW, and now he is preparing for the biggest match of his career against Jon Moxley in an I Quit match for the AEW World Title at Full Gear.