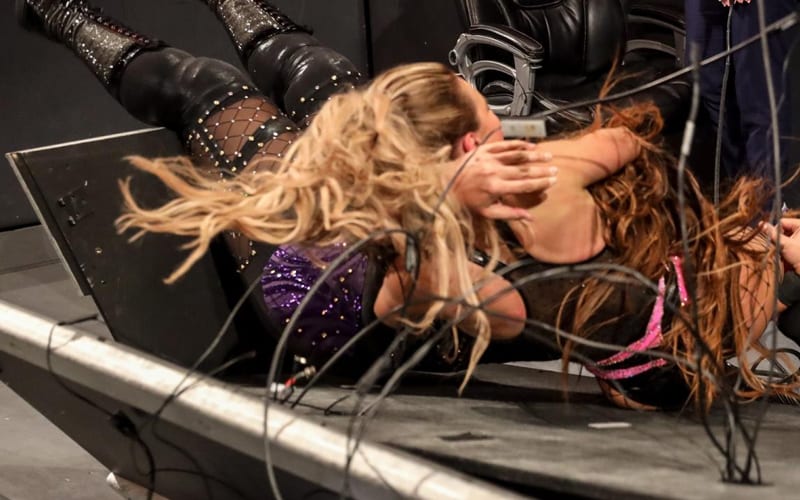 Lana took another table break this week on RAW as she was totally rejected by her Survivor Series teammates. WWE announced all of the RAW women’s team for Survivor Series at once so Lana could be subjected to this Mean Girls storyline. WWE has a plan whether it makes sense or not.

It was previously reported that Lana is getting a huge babyface push in WWE. It is a slow build, and has consisted of weekly bumps through the announce table.

Lana will likely continue to take a beating as much as possible to create a sympathetic babyface. Others would argue that not giving her any substantial wins is the wrong way to go. Even when Lana does win, it is by stealing a pinfall or staying out of a battle royal for most of the match.

“In their minds every time they put her through a table she’s getting more over,” Dave Meltzer said on Wrestling Observer Radio. He argued with Bryan Alvarez who said that is not how you push someone.

We’ll have to see where WWE goes with Lana. She literally broke into tears while training, and again during a passionate promo about being told she’s not good enough. Lana has acting chops, and she’s dedicated to learn. WWE’s current tactics might not pay off big.