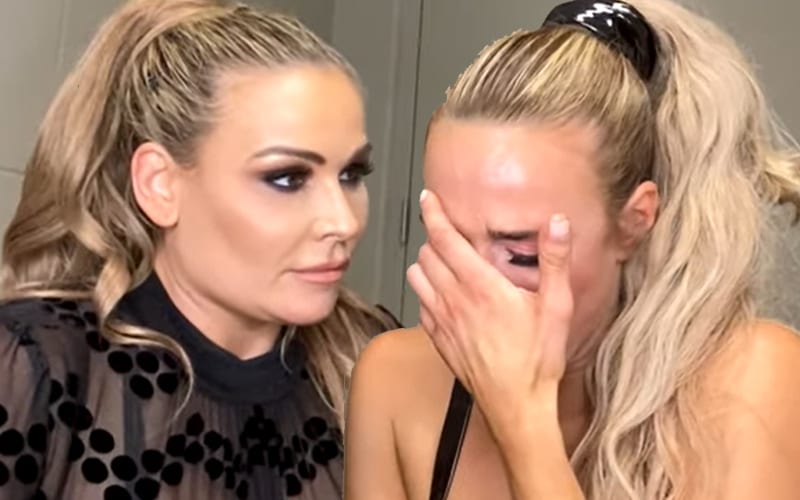 Lana really wants to become the best pro wrestler she can be. The Ravishing Russian is paired up with Natalya and their partnership extends off-screen. She recently broke down into tears during a training session and uploaded the content to YouTube.

This video starts out with Lana and Nattie hugging while Lana cries “I don’t wanna fail you!” She asked “am I insane?” and Natalya said that they are going to “dust themselves off and get back on track.”

The next day, Lana and Nattie then went on a training session. We previously covered a portion of this training session as Lana revealed on social media already that Nattie busted her lip during the rigorous workout.

Liv Morgan was there training with them and it appears she had a little exhibition match with Lana. TJ Wilson helped out as well.

You can check out the video below. Lana obviously has the drive to be a WWE Superstar, and she will keep pressing on one spot through the announce table after another.