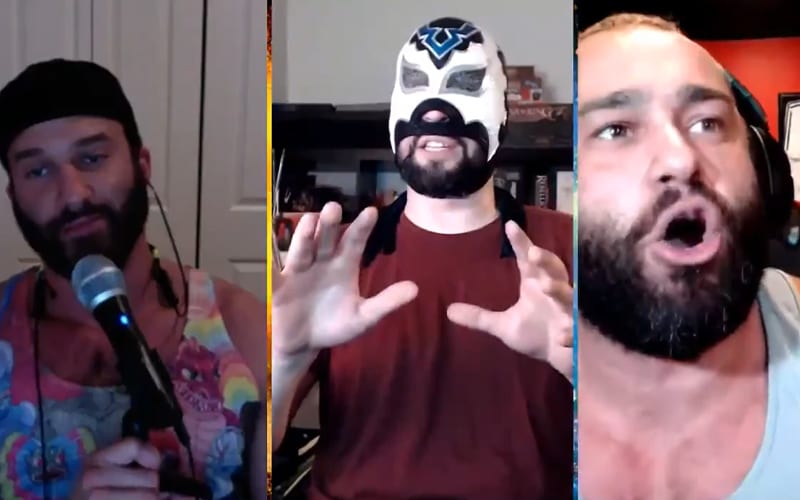 Miro is set to have his very first singles match on AEW television this week. He will take on Trent of the Best Friends, but they aren’t being very friendly before the match. Excalibur tried to have a conversation with the two prior to their match and it did not end well.

The Best Friends are responsible for breaking an arcade machine that Miro bought for Kip Sabian as a wedding gift. He is the Best Man, after all. This led to a feud which will likely culminate at Full Gear, but Miro faces Trent by himself this week.

Miro said that everything would have been okay if Trent apologized, but he didn’t. Instead, they carried on, and that is what enraged Miro. The former Rusev then accused Trent of being jealous of the friendship he has with Kip Sabian.

Excalibur couldn’t do much to control this chaos. Miro promised that he won’t hold anything back when he faces Trent this week on AEW Dynamite. He said since Trent likes to use his shoulder to destroy things, then he will run it into every ring post. Miro also promised to bend Trent backwards in the Game Over submission hold.

Trent then replied with: “your arcade was a piece of sh*t.” This didn’t make Miro very happy at all, and Excalibur requested to have both of their microphones muted. No civil discourse took place, instead, it only created more heat between the two.

We’ll have to see how things turn out on AEW Dynamite this week, but Miro seems more than ready to make a statement with his first singles match.