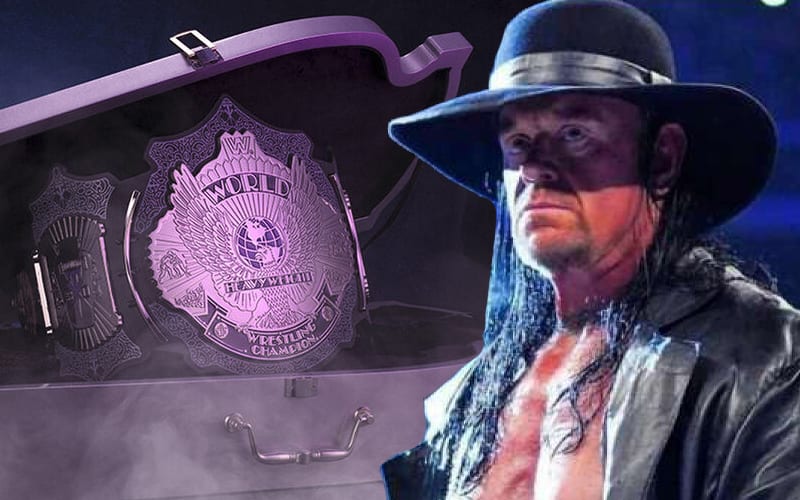 The Undertaker is celebrating 30 years in WWE, and the company has done everything they can to remind fans. 30 Days of the Deadman is running on the WWE Network, and now they have a new item on the official WWE Shop for fans with deeper pockets.

WWE dropped two new limited edition title belts for The Undertaker. One of them is $1,000, and they only made 100 of them. The description of this new title details the work they put into it.

The title plates are from the Winged Eagle version of the title that he took home on that unforgettable night, only silver & purple rather than gold and blue. The simulated leather strap is crafted into an ornate gothic shape found on no other replica title and printed all over with heraldic flourishes and Undertaker’s iconic symbol. And the side plates feature the Undertaker 30 logo.

The company also released a version of the title that is only $500, so it’s half the price. It is still pretty pricey, and they made far more copies of that signature title. You can check them both out below.