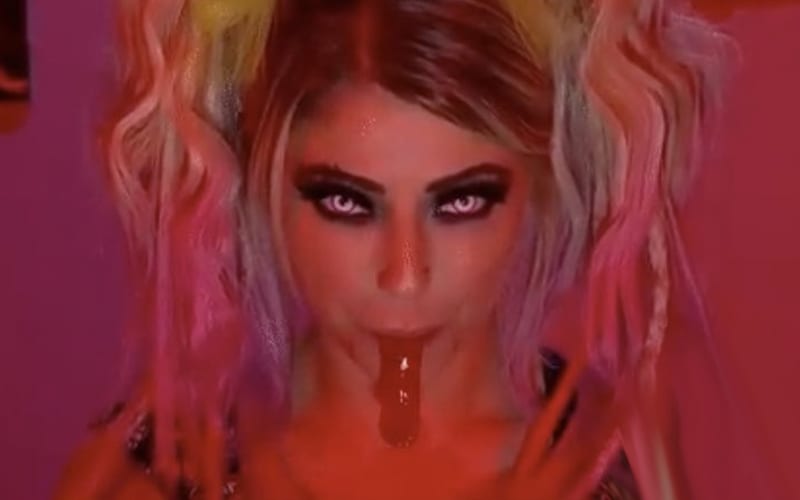 Abby The Witch used a profanity, and Bliss told her to add money to the swear jar. Then Abby told her to “go f*ck yourself.” Bliss said “yowie wowie.”

Bray Wyatt brought up Randy Orton’s past and how he burned down Sister Abigail’s shack. Then Wyatt had a little episode where they showed clips of Orton burning down that shack. Wyatt isn’t letting that go.

Bliss said she wants to show everyone a trick. Wyatt covered her face, and suddenly, Bliss’ tongue started to grow. As if got longer, Wyatt said “holy sh*t.”