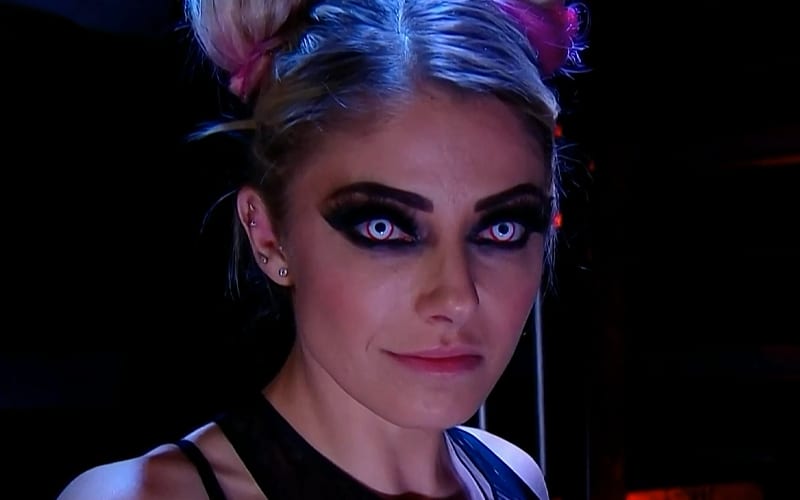 Alexa Bliss and Bray Wyatt dove even deeper into their twisted storyline on Raw this week. It resulted in quite a change for her.

Alexa Bliss showed off a new talent during the Firefly Fun House where she let her tongue grow. That wasn’t the last we would see of Bliss during the show.

Later on, Nikki Cross found Alexa Bliss backstage. She tried to talk some sense into Bliss. Her former tag team partner didn’t say anything to her as she kept her back to Cross.

Finally, Nikki Cross turned Bliss around and then they showed off a new look for her. Bliss had new contacts in, and darker makeup. This was a far cry from the happy Bliss that was previously seen in the Firefly Fun House.