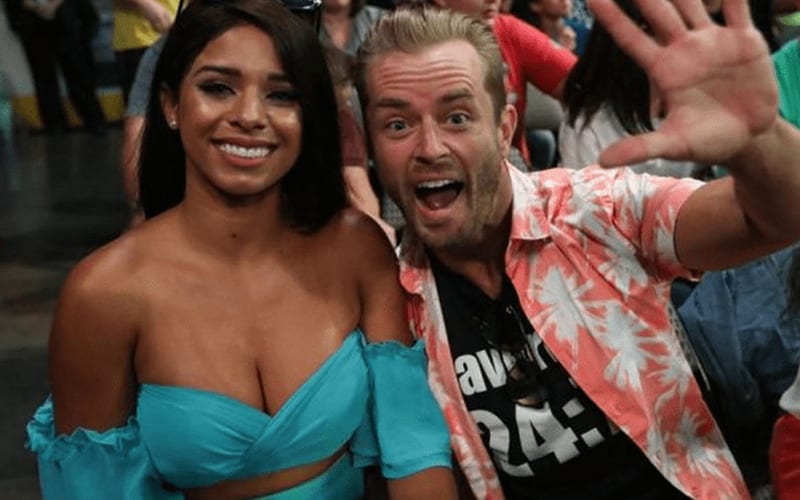 Drake Maverick and Renee Michelle’s wedding was featured as a part of WWE programming last year. It was ruined by R-Truth getting his WWE 24/7 Title back, but that was their real wedding they used as the backdrop for that scene. A lot of fans asked the obvious question: “how did Drake Maverick get Renee Michelle?” She recently explained exactly how. He slid into her DM’s and he had a very unique opening line.

During the Jobber Tear’s Podcast, Renee Michelle explained that Drake Maverick sent her a DM, and his opening line was inspired by the Native American gimmick she had at the time.

She was taken aback by this opening line from Drake Maverick. Obviously, that attempt at his unique off-the-wall humor worked because he ended up marrying that “Pocahontas Lady.”

It just goes to show that you should always shoot your shot, no matter how bad your icebreaker might be.