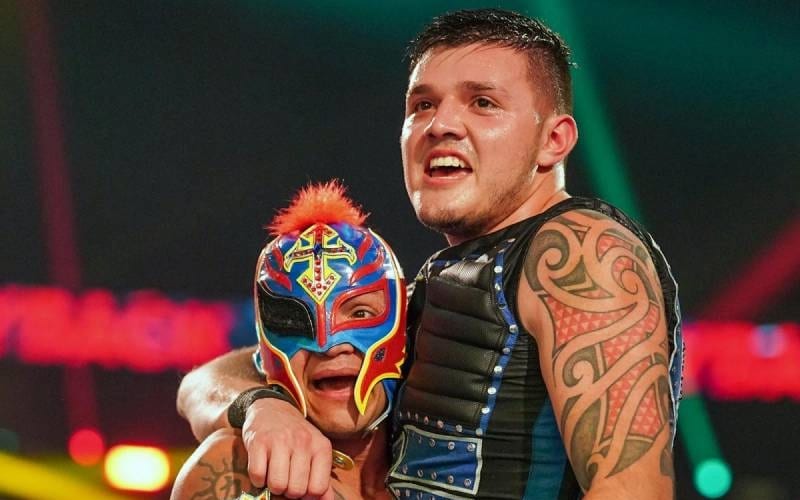 Rey Mysterio and his son Dominik are on the same side right now, but WWE loves drama. They also love family drama which is evident in Aalyah Mysterio’s current angle.

During a recent episode of Talking Smack, Dominik Mysterio was asked a very interesting question about who he would like to face. He was a bit coy about coming right out and saying it, but he did eventually say that he wants to face his father.

Rey Mysterio didn’t elaborate on his son’s response, and they carried on. Mysterio seems more set to hold a set of tag team titles with Dominik instead.

There are a lot of possible storylines to tell with Rey and Dominik Mysterio in WWE. That is likely why WWE was able to get Mr. 6-1-9 to sign a new deal. He can ensure that Dominik is taken care of, and he gets to share the ring with his son.

Dominik and Rey Mysterio make a good team right now. They have been successful in tag team competition already. You can never say never about a father/son battle in WWE. Vince McMahon can certainly relate as he had his own WrestleMania 17 war with Shane McMahon.