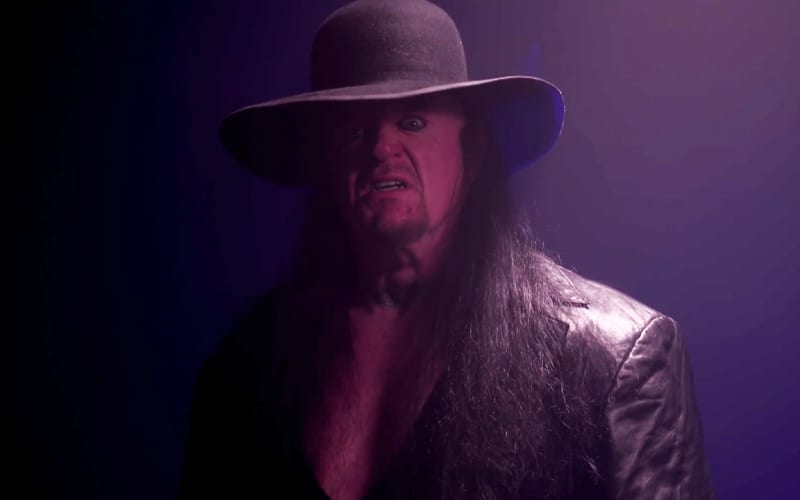 The Undertaker is a pop culture icon whose image reaches far beyond WWE. It’s also Halloween which makes his mystique so much better. The Deadman paid a visit to Jimmy Fallon to celebrate the spooky season.

The Tonight Show with Jimmy Fallon introduced The Undertaker this week as a viewer had a question. This viewer said that they love WWE and Halloween and they asked Fallon’s crew to combine the two. They did just that.

The Undertaker was then introduced where he laid waste to a skeleton with a pumpkin head. It was a pretty funny little cameo, and The Undertaker played the part perfectly. He even got to say: “Rest in peace.”

You can check out the video below. The Undertaker doesn’t come out until around the four-minute mark.