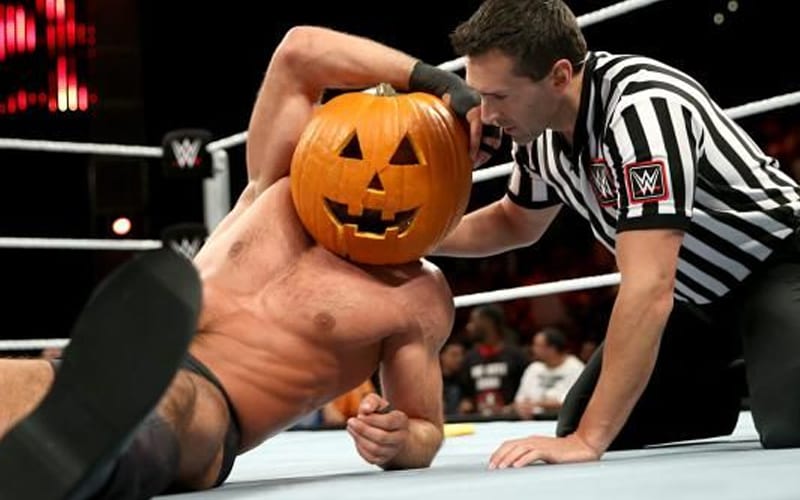 WWE had a few things that they needed to cover this week on SmackDown and Raw. The fact that it was so close to Halloween seemed to escape their minds.

Trick-or-Street fights have become an annual tradition in WWE, but that was broken this year. NXT gave tons of love to the holiday this week for Halloween Havoc, but the main roster did not.

Ringside News has learned that the idea of holding a trick-or-street fight this year simply wasn’t brought up. We previously reported that SmackDown had issues this week getting Vince McMahon’s approval anyway.

A Trick-or-Street fight wasn’t even in consideration on the blue brand. It would have made the most sense to hold that annual gimmick match on SmackDown, but that didn’t happen. Raw was simply too loaded and focused on building toward Survivor Series.

We also exclusively reported that Bruce Prichard was not there for SmackDown this week. Triple H was around and he assisted in a couple of big segments, but nobody with any major influence was pulling for a Trick-or-Street fight this year.